BUSINESS US stocks drop for a second day in a row, led by health care

US stocks drop for a second day in a row, led by health care 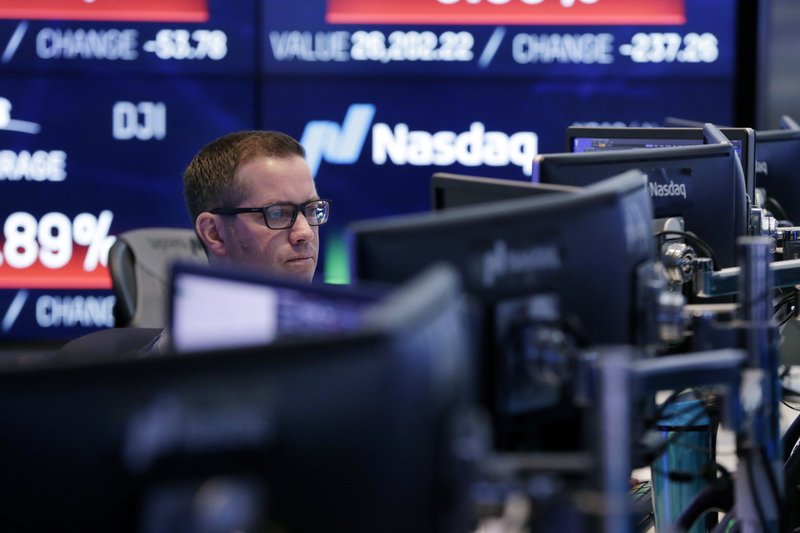 US stocks fell sharply in late-afternoon trading Tuesday, placing the market on course for its worst day since August and its first two-day losing streak in more than a month. Health care and technology stocks accounted for much of the decline. Banks, industrial companies and energy stocks also racked up hefty losses. Bond prices fell, sending yields to their highest level since April 2014.

THE QUOTE: “This was a market that was overbought and it was vulnerable to something pulling it back,” said Quincy Krosby, chief market strategist at Prudential Financial. “That said, we’re in the heaviest part of earnings season this week and we expect to see the majority of the reports coming out to be positive. That could be the catalyst to have buyers come in.”

BUSY WEEK: The sell-off comes during a week with no shortage of potential market-moving corporate news and economic data. Several big-name companies are due to report quarterly results on Wednesday and Thursday, including Apple, Amazon, Microsoft, Facebook and Google’s parent company Alphabet. Also on investors’ radar: Tuesday night’s State of the Union address and a two-day meeting of the Federal Reserve’s policymaking committee that wraps up Wednesday.

HCA bucked the trend after the hospital chain posted better fourth-quarter results than analysts had expected. The stock gained $4.21, or 4.3 percent, to $101.84.

QUEASY RIDER: Harley-Davidson tumbled 6.7 percent after the motorcycle manufacturer said shipments will decline again this year. The company also plans to close a plant in Kansas City, Missouri. The stock gave up $3.68 to $51.61.

SOFTWARE BUYOUT: Callidus Software jumped 10 percent after the business software company agreed to be bought by SAP for $36 a share, or $2.53 billion. Callidus’ shares added $3.27 to $35.98.

ECONOMIC DATA: The Conference Board said Tuesday its index of consumer confidence rose to 125.4 in January from a revised 123.1 in December. Meanwhile, a national housing index showed that home prices rose a sharply in November, lifted by a shortage of homes on the market.

BOND YIELDS: Bond prices fell. The yield on the 10-year Treasury rose to 2.72 percent from 2.70 percent late Monday. That’s the highest the rate has been since April 2014. The yield was as low as 2.04 percent last September. Bond yields have been moving steadily higher over the past few months, making bonds more appealing to investors seeking income. Rising yields also push up mortgage rates and other borrowing costs.

“With the 10-year rate shooting above 2.7 percent, the cost of capital for equity investments also just increased,” said Alexandra Coupe, associated director for Pacific Alternative Asset Management Co. “Investors are stepping back and reevaluating if their holdings can surpass this revised hurdle.”

BITCOIN: The price of bitcoin fell 10.4 percent to $9,998, according to the tracking site CoinDesk. Bitcoin futures on the Cboe Futures Exchange slumped 9.1 percent to $10,150.

MARKETS OVERSEAS: Major indexes in Europe declined amid investor worries that new data showing the eurozone grew in 2017 at its fastest pace in a decade could prompt the European Central Bank to wind down its monetary stimulus program earlier than expected.