US stocks edge higher as health care and industrials rise 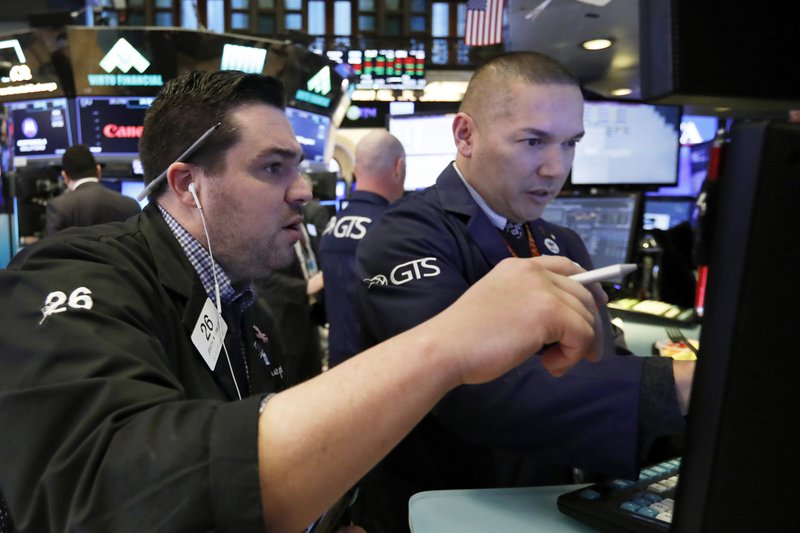 Trader Joseph Lawler, left, and specialist Mark Otto work on the floor of the New York Stock Exchange. The US stock market opened at 9:30 am on Thursday, January 17, 2019. (Photo: AP)

US stocks are mostly higher Thursday as health care and industrial companies rise. Banks are slipping as Morgan Stanley drops after its fourth-quarter results fell short of Wall Street’s expectations. Smaller companies are making bigger gains than the rest of the market after they suffered outsize losses in late 2018.

In the second half of last year the Russell 2000 took even deeper losses than other stock indexes as investors worried that the US economy might slow significantly in 2019. That would lead to weaker profit growth for companies in general and domestically-focused ones in particular. With investors growing a bit more optimistic in 2019, the Russell 2000 has jumped 8 percent this month, almost double the gain for the S&P 500. The Russell is still 15 percent beneath the record high it set in late August.

Among health care companies, drugmaker AbbVie added 1.8 percent to $87.06 and medical device maker Becton Dickinson picked up 2 percent to $235.91 after it said it had a strong fiscal first quarter.

BANKS CLANK: Morgan Stanley skidded 4.4 percent to $42.55 after its earnings and revenue disappointed analysts. Like a number of other big financial companies, Morgan Stanley was hurt by difficulties in trading during the volatile fourth quarter. While Morgan Stanley’s traders are considered some of the best in the business, their stock trading revenue was flat over the last three months of the year and bond trading revenue tumbled 30 percent. The S&P 500 lost 14 percent during the last quarter of the year.

Other banks also traded lower. KeyCorp lost 3 percent to $16.25 after posting a smaller-than-expected profit. M&T Bank stood out and its shares rose 4.1 percent to $160.81.

TARNISHED: Signet Jewelers plunged 22.3 percent to $25.91 after it said its holiday season had been difficult and slashed its annual forecasts. The company said competition grew tougher in December and sales of some key products were weak. The company also said fewer customers came to its stores last month.

A series of big luxury retailers including department stores like Macy’s have said they struggled over the holidays even though consumer confidence is high and pay for workers is rising. The stock market’s steep losses in December appear to have made some consumers reluctant to splurge.

STOPPED IN ITS TRACKS: Railroad company CSX fell 1.7 percent to $64.25 after saying its revenue growth will be in the low single digits in 2019. Its revenue rose 7 percent last year.

BONDS: Bond prices were little changed. The yield on the 10-year Treasury note remained at 2.73 percent.