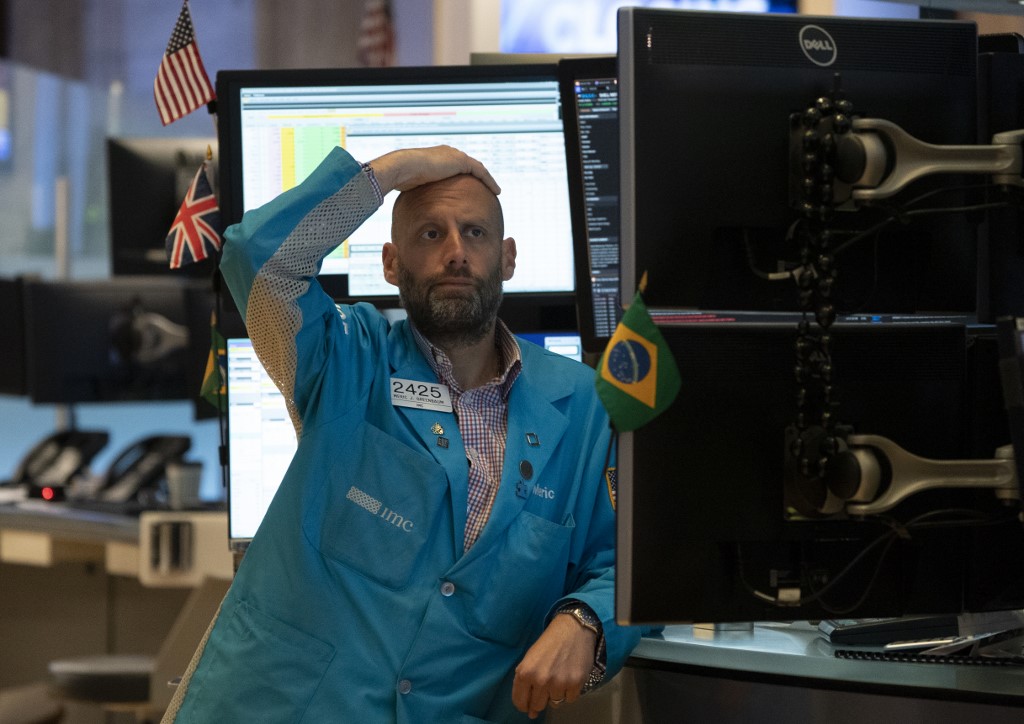 Traders on the floor of the New York Stock Exchange (File photo: AFP)

Comments from Fed officials this week have opened the door to a possible interest rate cut, enabling investors to shift focus from ongoing trade conflicts that have dented sentiment.

Payrolls firm ADP estimated that US companies added just 27,000 new jobs in May, a fraction of the expected figure and the weakest result in more than nine years.

But investors have cheered comments from Fed Chair Jerome Powell on Tuesday that acknowledged the economic risks connected to trade wars and said the Fed was willing to act if needed to support growth.

A day earlier another voting member of the Fed's policy-setting committee said he expected an interest rate cut may be warranted soon.

Powell's remarks lifted major US indices on Tuesday by more than two percent.