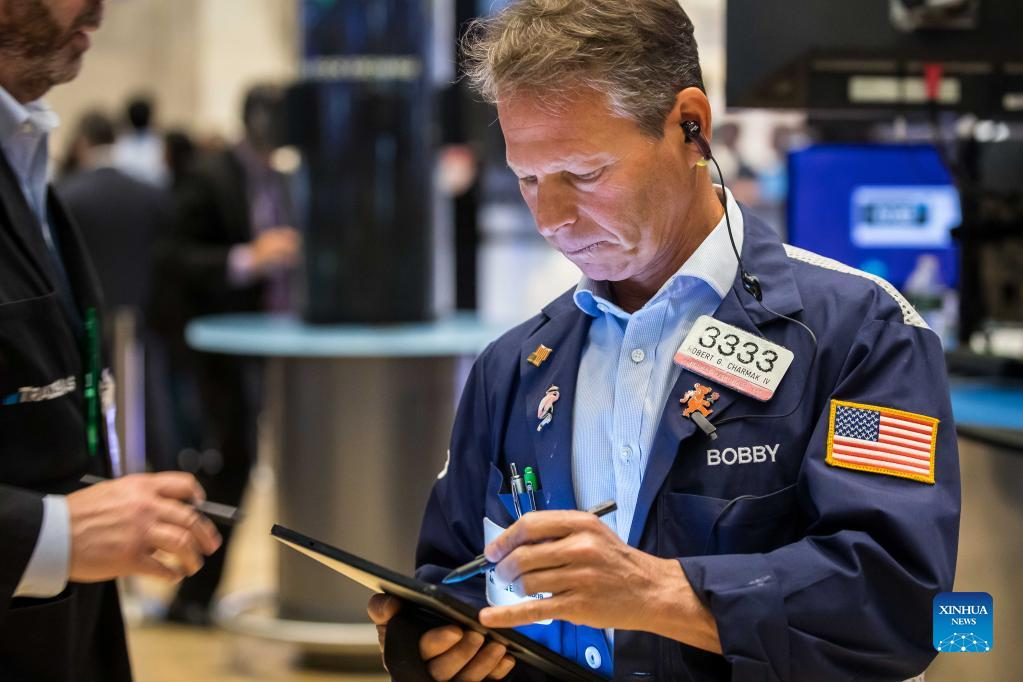 Ten of the 11 primary S&P 500 sectors ended in red, with financials and materials down 1.29 percent and 1.11 percent, respectively, leading the laggards. Health care rose 0.14 percent, the lone gaining group.

The Fed on Wednesday raised interest rates by 50 basis points, after announcing four straight 75 basis point hikes at its most recent meetings, in an effort to quell inflation.

"The committee anticipates that ongoing increases in the target range will be appropriate in order to attain a stance of monetary policy that is sufficiently restrictive to return inflation to 2 percent over time," the Federal Open Market Committee said in a statement after concluding a two-day policy meeting.

The latest increase boosted the target range for the federal funds rate to 4.25 percent to 4.5 percent, its highest level in 15 years.

Its updated economic projections published Wednesday showed that the central bank now sees its benchmark rates rising to a median level of 5.1 percent in 2023, above the 4.6 percent forecast back in September, suggesting a target range of 5 percent to 5.25 percent, or roughly another 75 basis point rate hikes ahead.

The new projections also showed that Fed officials expect slower growth and higher unemployment for next year and 2024.