BUSINESS US stocks flat ahead of April jobs data

US stocks flat ahead of April jobs data 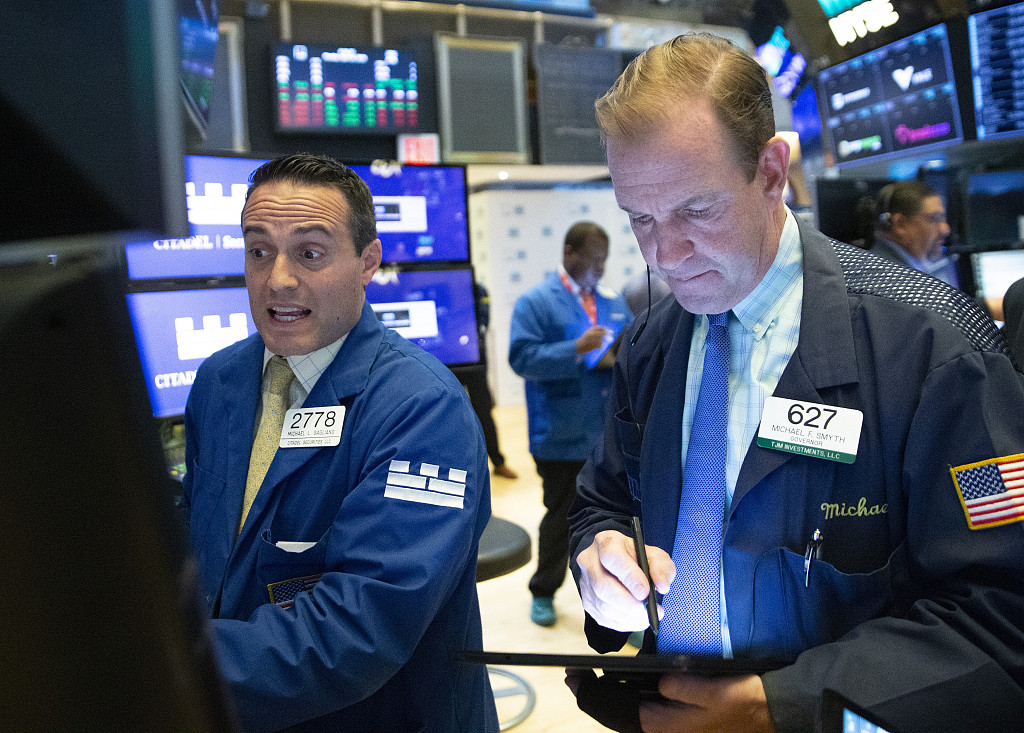 Traders work on the floor of the NYSE at the opening bell at the New York Stock Exchange on Wall Street in New York City on April 22, 2019. (File photos: VCG)

Investors were still digesting Wednesday's remarks from Federal Reserve Chair Jerome Powell, which sent shares lower in the final hours of trading after he described low inflation as transitory, implying that he saw no need for a cut in interest rates.

"The stock market sold off Wednesday in the wake of Mr. Powell's remarks, because it was due for a pullback and because Mr. Powell didn't give it anything new to cheer; hence, his remarks created an excuse to take some money off the table," said Briefing.com analyst Patrick O'Hare.

Markets are looking ahead to the all-important government jobs report for April out Friday. Analysts expect the economy added another 200,000 jobs last month while the unemployment held steady at 3.8 percent.

In earnings news, sneaker and sports apparel company Under Armour shot up 8.2 percent after lifting its profit forecasts, while cereal maker Kellogg dropped 4.2 percent as it reported steep decline in quarterly profits.

Tesla Motors rose 3.8 percent as it announced it would raise as much as $2.3 billion in debt and equity to boost its cash position. The news had been telegraphed by Chief Executive Elon Musk on an April 24 conference call that sent shares lower.

Cover image: Traders work on the floor of the NYSE at the opening bell at the New York Stock Exchange on Wall Street in New York City on April 22, 2019.