BUSINESS US stocks give up an early rally, ending winning streak

US stocks give up an early rally, ending winning streak 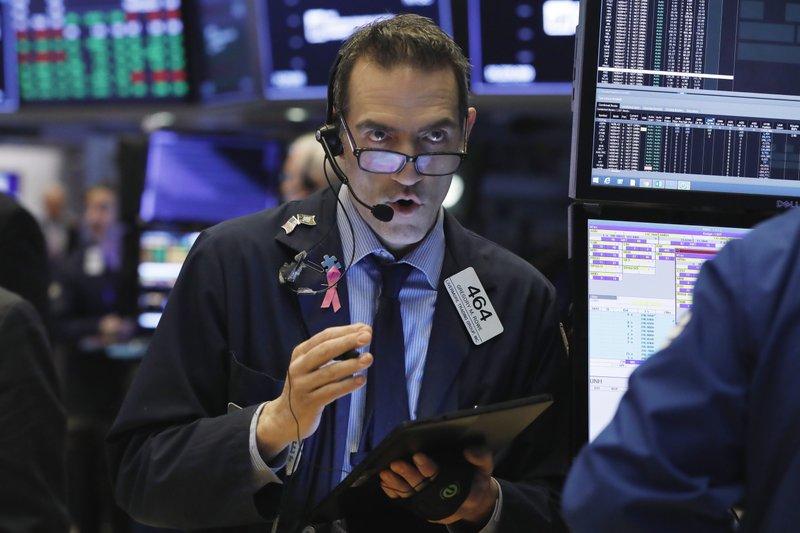 In this March 13, 2019, file photo Gregory Rowe works on the floor of the New York Stock Exchange. (Photo: AP)

Banks accounted for much of the decline, along with utilities and industrial companies. Those losses offset gains in health care, technology and consumer products stocks.

The benchmark S&P 500 ended barely lower, its second loss over the past seven trading days. It’s still up 13 percent so far in 2019.

Investors were looking ahead to what the Federal Reserve will say Wednesday following a two-day meeting of policymakers. The central bank has signaled that it will be “patient” in raising interest rates.

Investors seem reassured that the Fed will continue to hold off on raising rates, and that’s given them more confidence to push the market higher this year.

“Typically, markets tend to be flat in front of the Fed, usually we’re in a wait-and-see mode,” said Kate Warne, investment strategist at Edward Jones.

The broader market broke out of a short slump last week and has been gaining since then. It marks a turnaround from a terrifying drop in December, and now every major US index is up more than 10 percent for the year.

What the Fed does next will surely have an impact on the market’s trajectory.

The central bank is expected to leave its key short-term interest rate unchanged Wednesday and to stress its new watchword — “patient”— in conveying its intention to leave rates alone for the foreseeable future.

The Fed has made clear that with a dimmer economic picture in both the United States and globally, it no longer sees the need to keep raising rates as it did four times in 2018. Among the key factors, besides slower growth, are President Donald Trump’s trade war with China, continually low inflation levels and Prime Minister Theresa May’s struggle to execute Britain’s exit from the European Union.

Signs of a modest economic slowdown, such as a weak factory orders report on Tuesday, may help keep the Fed patient and on hold for a longer amount of time, said Warne.

There has also been an absence of sharp bad news surprises, she said, which has given investors confidence that there is less volatility than previously feared.

DSW dropped 12.9 percent after the footwear retailer surprised investors with a loss during the fourth quarter. The company swung to a loss of 7 cents per share, while Wall Street anticipated 4 cents per share in profit. Expenses jumped during the quarter and DSW had to deal with a hefty charge.

Tilray slid 3.4 percent after the medical cannabis company reported a wider loss for the fourth-quarter than Wall Street analysts expected.

Traders bid up shares in Michaels, rewarding a better-than-expected fourth quarter and overlooking a weak forecast. The arts and crafts retailer has been reassessing its operations, moving to expand its children’s offerings and shuttering its Pat Catan craft stores.