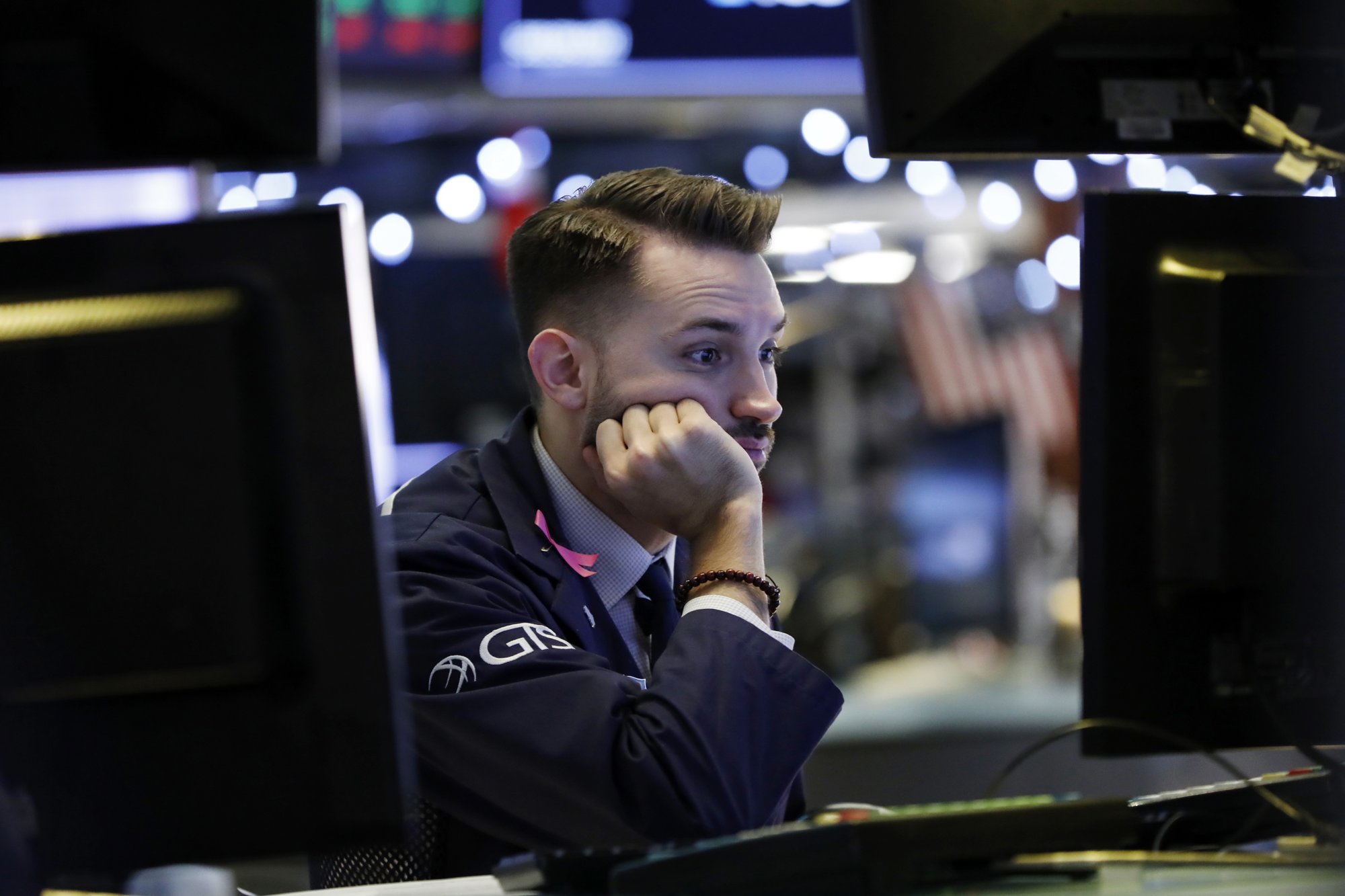 Specialist Matthew Greiner works at his post on the floor of the New York Stock Exchange, Thursday, December 27, 2018. (Photo: AP)

Stocks are down sharply, unable to build on the prior day’s strong performance, as Wall Street stumbles toward what could be its steepest annual loss since the financial crisis.

The Dow Jones Industrial Average slumped about 360 points in early afternoon trading Thursday after dropping as much as 528 points earlier. Technology companies and health care stocks, big gainers on Wednesday when the market had its best day in 10 years, took some of the heaviest losses in the broad slide.

The market’s gyrations have resulted in unusual volatility for the final days of the year. On the whole, it’s been a turbulent month — the market remains on track for its worst December since 1931, during the depths of the Depression, and could finish 2018 with its biggest losses in a decade.

“You’re watching the market wrestle with, ‘Ok, are we within a couple percent off the bottom, or does the community think there’s another 20 percent lower?’” said Billy Huzar, client investment strategist at J.P. Morgan Private Bank.

Energy stocks also fell as the price of U.S. crude oil slid 2.9 percent a day after posting its biggest increase in two years.

Volatility has been the norm this month. The Dow has dropped 1 percent or more in eight of the 17 trading sessions. Even with Wednesday’s big gains, the Dow, S&P 500 and Nasdaq are all down more than 10 percent for the month.

The partial government shutdown that began over the weekend has weighed on the market. Investors have also been unnerved by the personnel turmoil inside the Trump administration, trade tensions with China, the slowing global economy and worries that corporate profits are going to slip sooner or later.

Perrigo lost 5.7 percent to $38.39, one of the big decliners in the health care sector.

Bank stocks fell along with Treasury yields. KeyCorp declined 2.5 percent to $14.35 as the yield on the 10-year Treasury fell to 2.76 percent from 2.79 percent late Wednesday.

The slide in US markets followed a sell-off in major indexes in Europe.