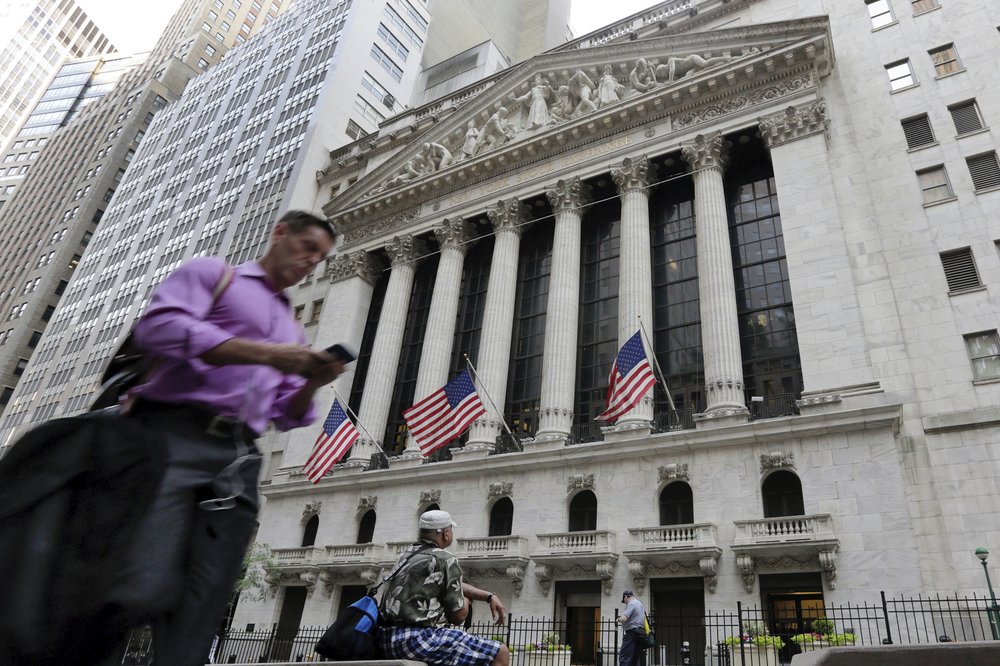 US stocks are climbing Friday after two days of sharp losses as market favorites like Apple lead the way higher. Major indexes are up more than 1 percent, but they’re still on track for their biggest one-week loss since late March.

On the New York Stock Exchange, winners outnumbered losers by nearly three to one.

The market’s recent losing streak started when strong economic data and positive comments from Federal Reserve Chair Jerome Powell helped set off a wave of selling in the bond market. Investors dumped bonds as they bet that the US economy would keep growing at a healthy pace. The sales pushed bond prices lower and yields to seven-year highs.

The most startling declines this week came from companies that have done very well recently, including technology companies and retailers. On Wednesday the three most valuable U.S. companies, Apple, Microsoft and Amazon, each took their biggest loss in more than two years. It was a dramatic end to three months of calm on the US market.

Several other groups of stocks that have struggled this year are now in a “correction,” a drop of at least 10 percent from a recent peak. They include basic materials makers, internet companies, banks and household goods makers.

Bond prices turned lower as the stock market stabilized. The yield on the 10-year Treasury note rose to 3.15 percent from 3.13 percent.

The stocks have fallen further in recent days following reports Ford might cut jobs. In late September, Ford CEO Jim Hackett said the steel and aluminum duties would cost the company $1 billion through 2019.

High-dividend stocks including utilities, real estate investment trusts and household goods traded lower or rose less than the rest of the market. Those stocks held up a bit better than the S&P 500 over the last six days. Investors view them as relatively safe, steady assets that look better when growth is uncertain and the rest of the market is in turmoil.