US stocks moved broadly lower on Wall Street in early trading on Tuesday, reversing course from a three-day rally. 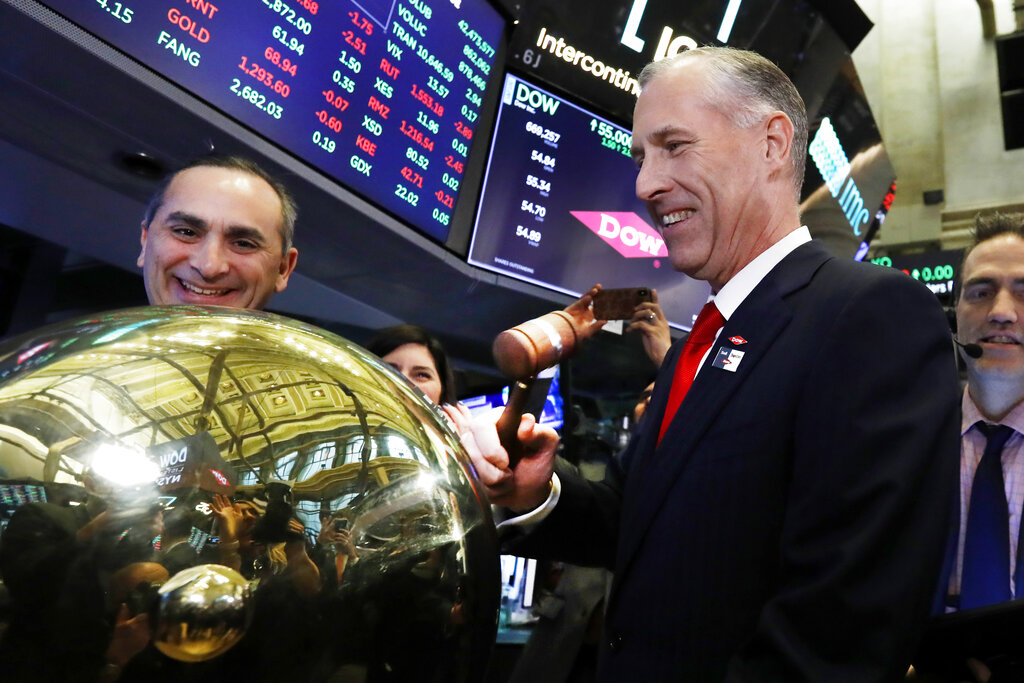 Dow Inc., which makes plastics and other products for both consumer and industrial uses, rose 5.1% in its first day of trading after being spun off from chemical maker DowDuPont.

Al those factors resulted in a 14% drop in second-quarter profit, which the company's CEO described as the most difficult quarter the nation's largest drugstore has faced since forming a few years ago.

Walgreens also slashed its forecast for 2019.

The stock fell 12% and helped push down key competitor CVS Health by 4%.

LIFTOFF: Delta rose 7% after raising its profit forecast for the current quarter, citing strong passenger demand. The company also said fuel costs were less than expected and it extended a credit card partnership with American Express.

ANALYST'S TAKE: Investors are still not sure which direction to move as they weigh uncertainty over international trade issues and warnings over a weak first quarter for companies.

The unresolved trade dispute between the US and China is still a key issue, said J.J. Kinahan, chief market strategist at TD Ameritrade.

"Nobody wants to buy with both hands, just in case," he said. "But, people won't aggressively sell everything as well, just in case."