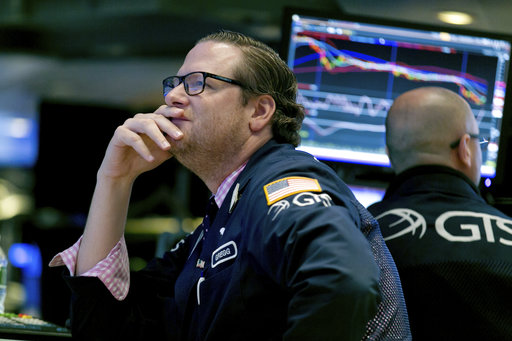 Shares of P&G surged more than six percent at the start of the trading day, after the U.S. consumer goods corporation reported quarterly revenues that beat Wall Street estimates on Wednesday.

The company also raised its forecast for full-year sales, propelled by the new beauty and fabric care products it launched last year in the face of fierce competition against counterparts.

Shares of United Technologies rose more than 7 percent, after the US manufacturing conglomerate posted adjusted fourth-quarter profit on Wednesday, which exceeded market expectations thanks to its rising growth in aerospace businesses sales and lower tax rate.

Shares of IBM jumped more than eight percent, driven by stronger-than-expected quarterly, yearly earnings in 2018 thanks to its broad application of advanced technologies such as artificial intelligence and cloud computing.

The New York State-based IT tycoon reported that both its quarterly earnings per share and net revenues, two key barometers of a company's profitability, topped analysts' expectations after the closing bell on Tuesday.

All of the 11 primary S&P sectors extended gains on Wednesday, with the consumer staples sector up over one percent, leading the winners.

Although calling the downward revisions "modest," the IMF said the risks to more significant downward corrections are rising amid global trade tensions and tightening financial conditions, according to its latest the World Economic Outlook report.