NEW YORK, Feb. 15 (Xinhua) -- US stocks opened higher on Friday, as investors and traders are building up hopes on the possibility of easing US-China trade tensions. 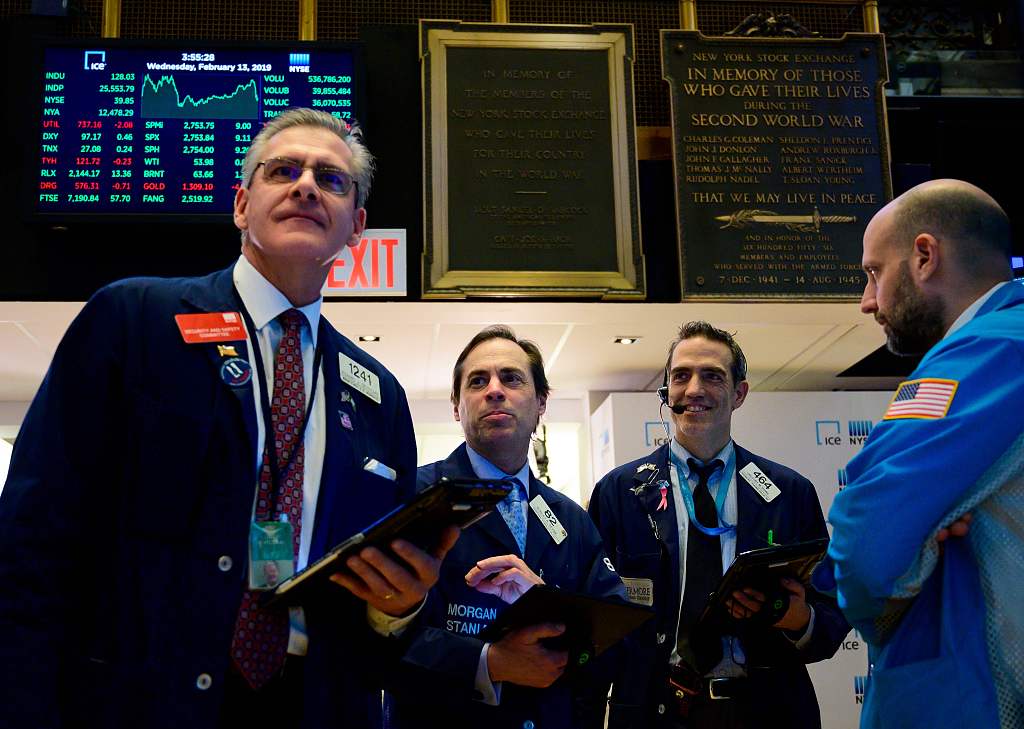 Traders work ahead of the closing bell on the floor of the New York Stock Exchange (NYSE) February 13, 2019 in New York City. (Photo: VCG)

Shares of Nvidia rose over 4 percent, after the US chipmaker posted quarterly profit and revenue above expectations.

Shares of Apple and US computer tech giant Oracle also fell nearly 0.5 percent and over 0.4 percent respectively, after Berkshire Hathaway decided to reduce its holdings in Apple and dropped all its stake in Oracle, according to its latest quarterly filing to the US Securities and Exchange Commission.

Berkshire Hathaway, known for its leadership by Warren Buffett, is a US multinational conglomerate owning large holdings in major US airline carriers, including United Airlines and Delta Air Lines.

On the economic front, US industrial production fell 0.6 percent in January, which marks the first decline in eight months, the US Federal Reserve said Friday.

The drop was below market expectations, as manufacturing alone sank 0.9 percent, due to falling motor-vehicle assemblies.