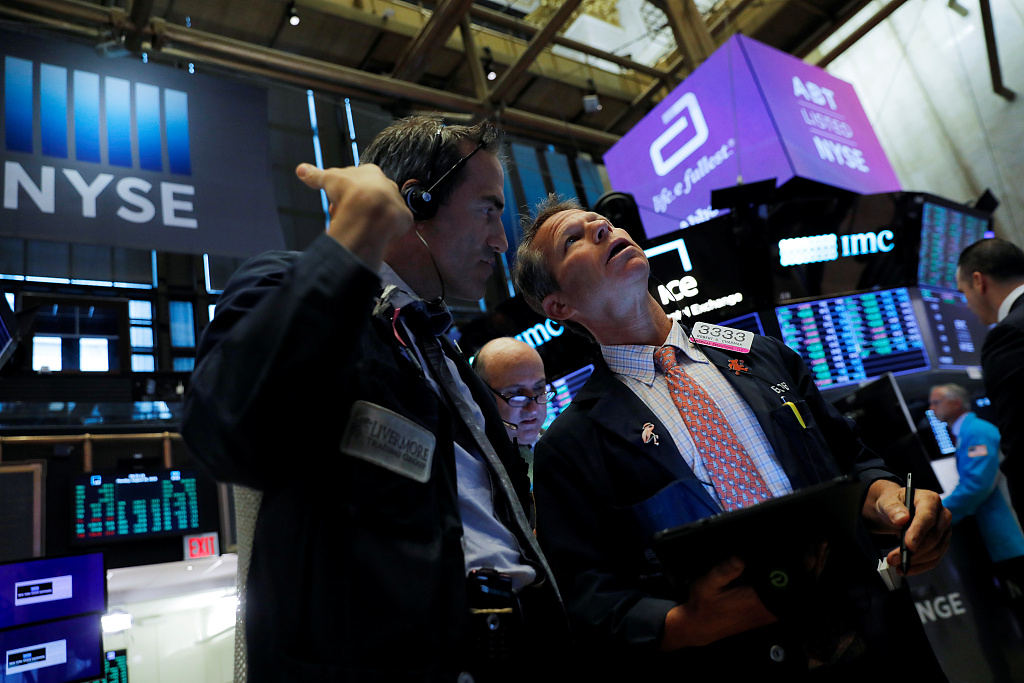 Traders work on the trading floor at the New York Stock Exchange (NYSE) at the opening of the market in New York City, U.S. (Photo: VCG)

The majority of the 30 blue-chip stocks in the Dow fell into the red zone around the opening bell, with shares of Microsoft down nearly 1.6 percent, leading the losers.

Eight of the 11 primary S&P 500 sectors traded lower around market opening, with the financials sector down 0.7 percent, leading the laggards.

All of the long-dated U.S. Treasury yields continued to pull back on Wednesday morning, while the short-term 3-month Treasury rate has been on the rise. The 30-year Treasury yields struck a fresh low of a bit over 1.9 percent at one point.

The closely-watched spread between the 2-year yield and the benchmark 10-year yield once widened to 6.2 basis points, hitting an unprecedented level since 2007, according to statistics of global financial services firm Tradeweb.

The expanding inverted yield curve has been largely viewed as a key precursor of an imminent recession, further stoking risk-off sentiment among global investors.