NEW YORK, March 18 (Xinhua) -- U.S. stocks opened lower on Thursday, as a sell-off in tech names weighed on the market. 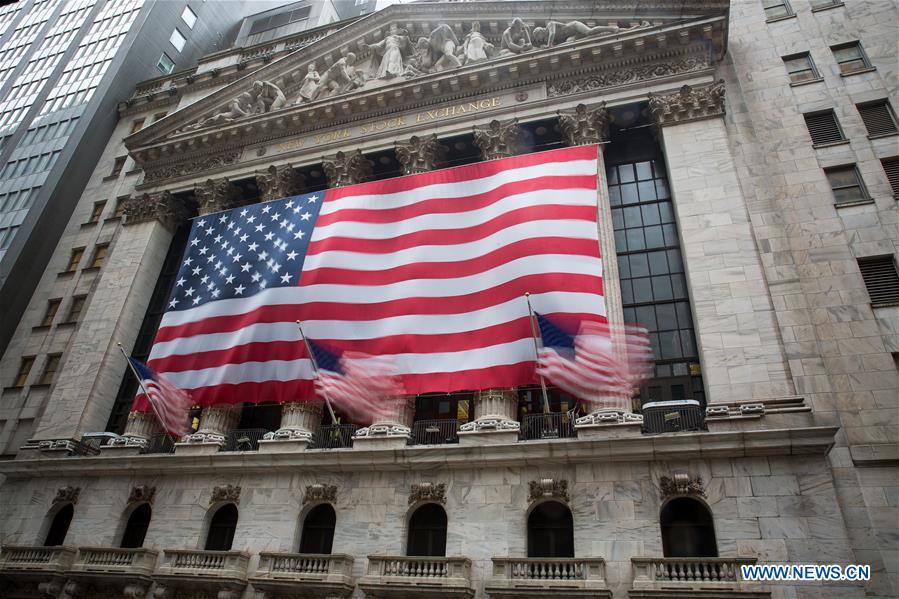 Eight of the 11 primary S&P 500 sectors pulled back in morning trading, with technology down 1.77 percent, leading the laggards. Financials rose 1.2 percent, the best-performing group.

On Wednesday, the U.S. Federal Reserve left its easy monetary policy stance in place. The central bank kept its benchmark interest rate unchanged at the record-low level of near zero, as inflation debate heats up, driven by COVID-19 vaccination progress and the latest relief package.

U.S. equities closed higher on Wednesday with the Dow ending above the 33,000 threshold for the first time after the Fed announcement.