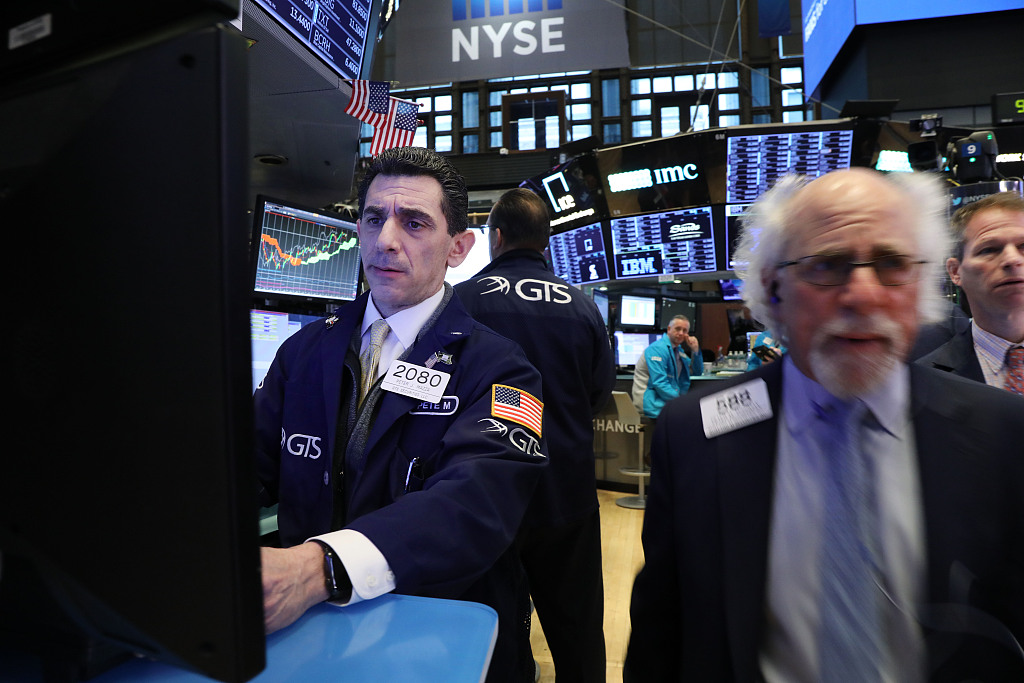 Shares of American Airlines rallied nearly 6 percent at the start of the trading day, after it reported stronger-than-expected revenues for the fourth quarter of 2018. Likewise, shares of Southwest Airlines rose nearly 5 percent as its quarterly revenues beat analysts' estimates.

Shares of Jetblue Airlines also went up more than 2 percent after its adjusted earnings per share, a key indicator of a company's profitability, came out slightly higher than market expectations.

Notably, shares of US semiconductor firm Xilinx surged nearly 15 percent, after its quarterly profits exceeded Wall Street estimates and its vigorous revenue guidance for the current quarter built up market confidence in the company.

Seven of the 11 primary S&P 500 extended losses on Thursday, with the consumer staples sector down over 1 percent, leading the laggards.

Market unease over global trade tensions has been exacerbated, after US Commerce Wilbur Ross told CNBC on Thursday the United States is still "miles and miles" from a trade deal with China.

Although calling the downward revisions "modest," the IMF said the risks to more significant downward corrections are rising amid global trade tensions and tightening financial conditions, according to its latest World Economic Outlook report.