BUSINESS US stocks open mostly lower amid concerns over economy

US stocks open mostly lower amid concerns over economy 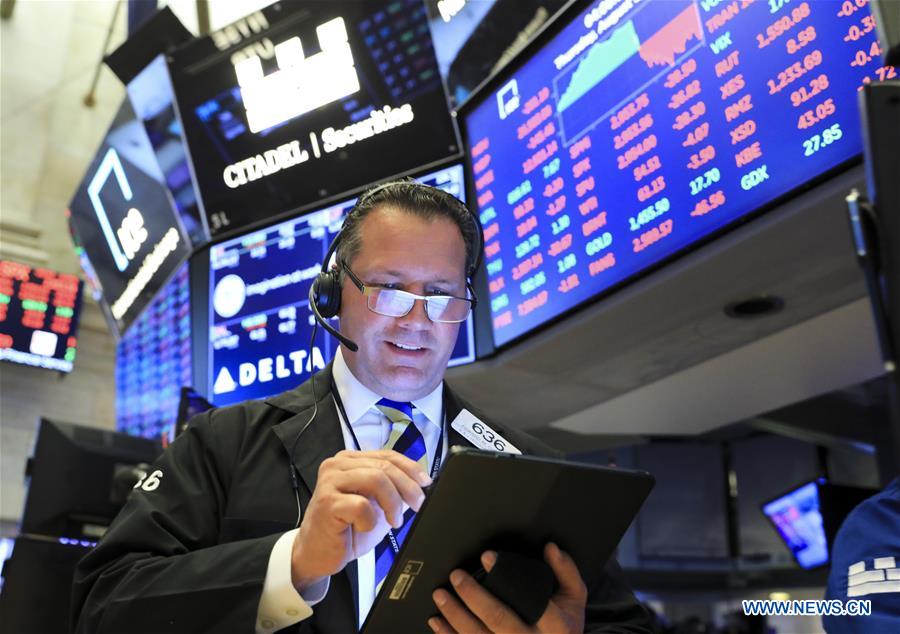 Wall Street continued to worry about uncertainty over the U.S. economy amid the coronavirus pandemic.

Latest data showed the number of Americans filing for unemployment benefits jumped back above 1 million last week, reflecting a still-elevated level of joblessness in the nation.

U.S. initial jobless claims, a rough way to measure layoffs, increased by 135,000 to 1.106 million in the week ending Aug. 15, the Department of Labor reported on Thursday. Economists polled by MarketWatch had forecast 910,000 new claims during the week.

Moreover, the minutes from the U.S. Federal Reserve's July meeting released on Wednesday highlighted risks about economic outlook, stating "the ongoing public health crisis would weigh heavily on economic activity, employment, and inflation in the near term and was posing considerable risks to the economic outlook over the medium term."