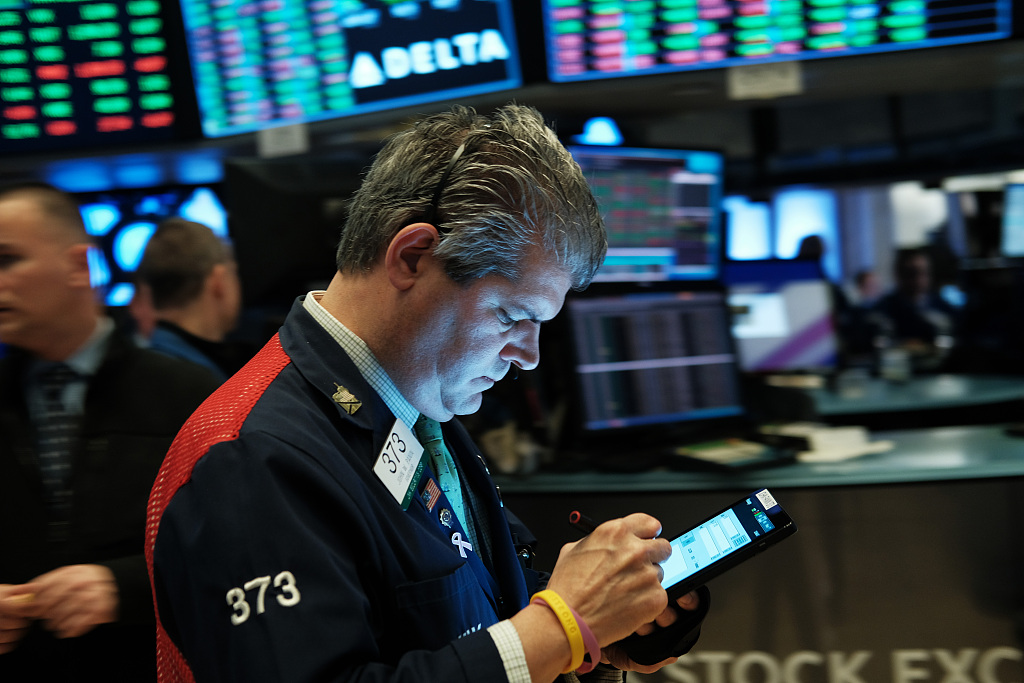 Traders work on the floor of the New York Stock Exchange. (Photo: VCG)

Six of the 11 primary S&P 500 sectors traded higher around market opening, with the energy sector up 0.45 percent, leading the winners.

Shares of CVS Health rose over 3.8 percent, after the healthcare giant reported higher-than-expected earnings for the third quarter, as driven by its strong health insurance business.

Evans said during a Wednesday event that the U.S. central bank's interest rates cuts have not been adequate to "change the dynamics substantially if there was a big negative shock."

"In terms of the mid cycle adjustment, I would say it's very much a risk management approach to ensuring the U.S. economy is positioned as well as it can be," he said at the Council of Foreign Relations, a nonprofit think tank in New York City.

U.S. stocks closed mixed on Tuesday, with the Dow hitting a new record high, as investors digested a set of upbeat data and the market was buoyed by continued hopes for improving U.S.-China trade ties.