BUSINESS US stocks plunge amid concerns for trade tensions

US stocks plunge amid concerns for trade tensions

NEW YORK, Aug. 5 (Xinhua) -- U.S. stocks plunged on Monday at the opening as investors were concerned about trade tensions between the United States and China. 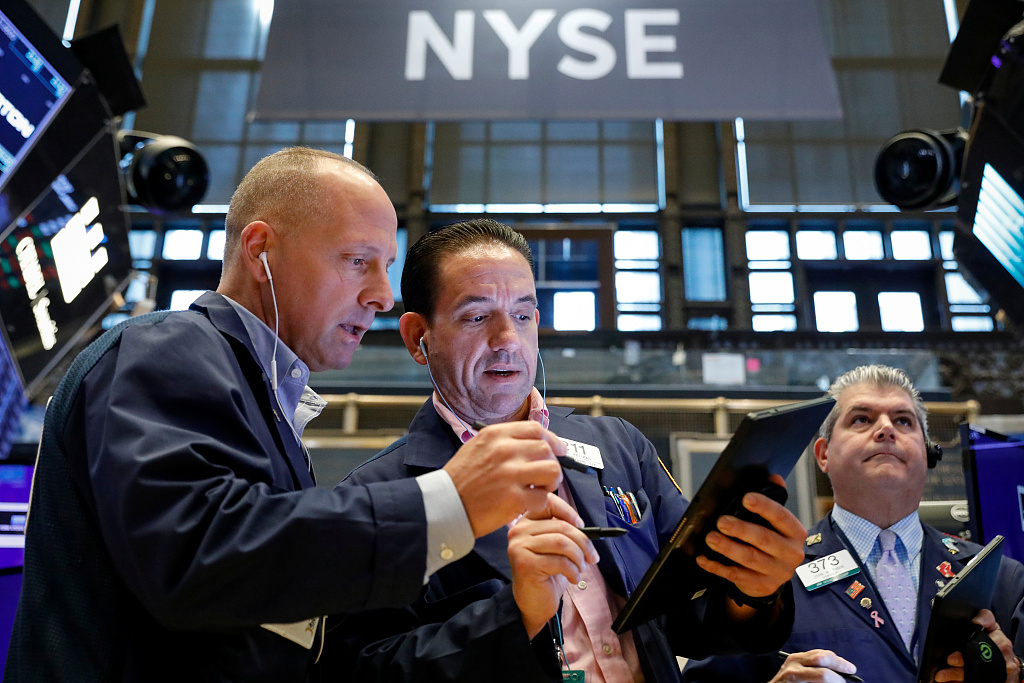 Traders work on the floor at the New York Stock Exchange (NYSE) in New York, US (Photo: VCG)

Trade bellwethers Caterpillar and Boeing dropped 1.85 percent and 2.35 percent, respectively. Semiconductor stocks like Micron Technology, Skyworks Solutions and Advanced Micro Devices fell 4.6 percent, 2.8 percent and 3.94 percent, respectively. Shares of Apple was down 3.87 percent, top decliner among the Dow component companies. All the Dow components were trading at red territory in the morning session.

Last Thursday, U.S. President Donald Trump tweeted that he will place an additional 10 percent tariff on the remaining 300 billion U.S. dollars worth of Chinese imports starting on Sept. 1.

Several U.S. industry associations have voiced their opposition to the White House's plan to impose more tariffs, arguing that such action will not facilitate negotiation but only hurt Americans.

Analyst have said that since the new tariff would target retail items, along with other consumer goods, the impact on the U.S. economy will be more direct.