US stocks rise amid tech rally 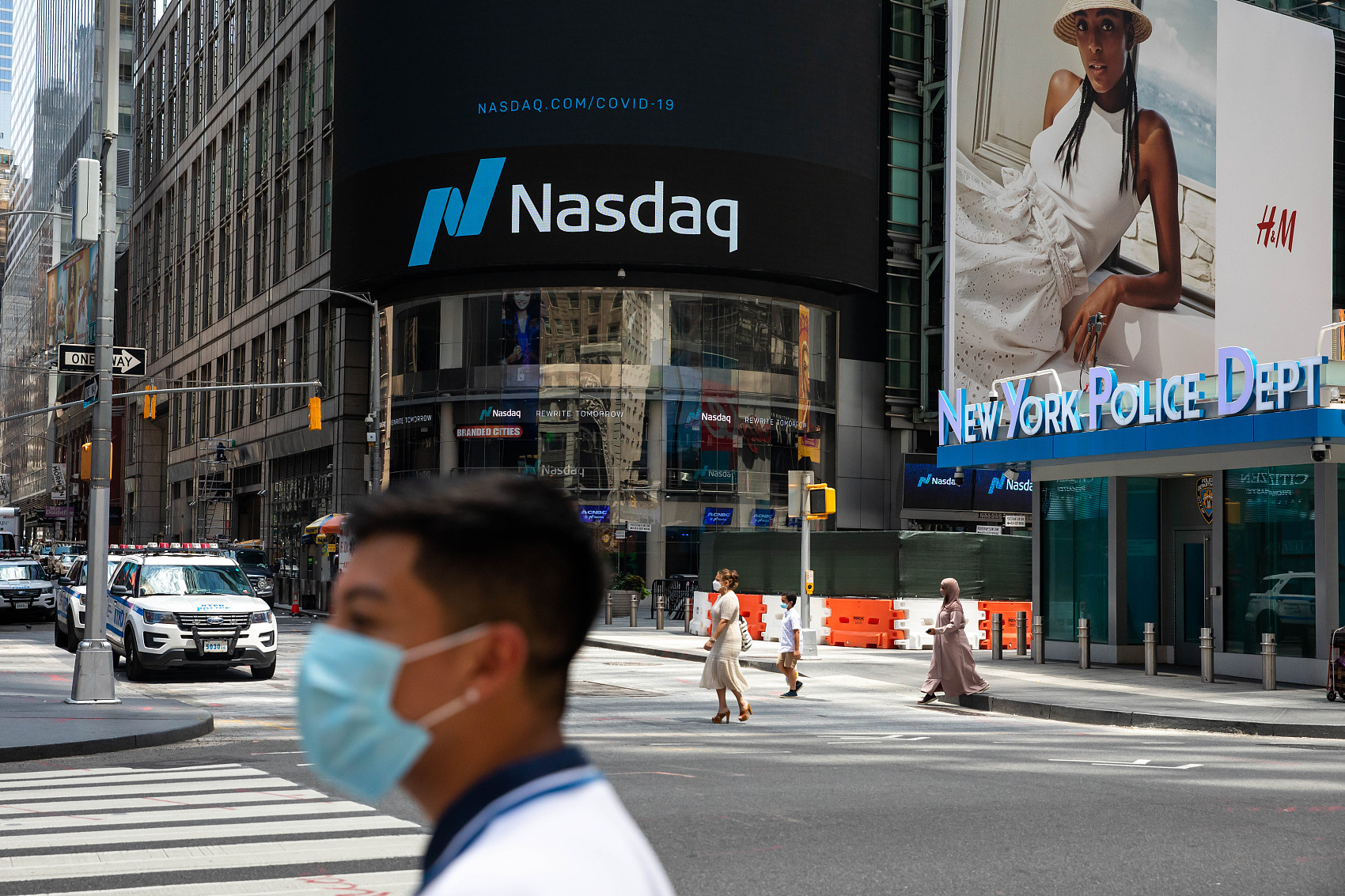 A pedestrian wearing a protective mask passes in front of the Nasdaq MarketSite in the Times Square neighborhood of New York, U.S., on Monday, July 20, 2020. (Photo:CFP)

Shares of Zoom Video Communications skyrocketed 40.78 percent after the company reported better-than-expected revenue and earnings for the second quarter.

Seven of the 11 primary S&P 500 sectors rose, with materials and technology up 2.75 percent and 1.86 percent, respectively, outpacing the rest. Utilities dipped 1.13 percent, the worst-performing group.

Meanwhile, U.S.-listed Chinese companies traded roughly higher, with all the top 10 stocks by weight in the S&P U.S. Listed China 50 index ending the day on an upbeat note.

On the data front, U.S. manufacturing Purchasing Managers' Index registered 56 percent in August, up from the July reading of 54.2 percent, the Institute for Supply Management reported on Tuesday. Readings over 50 percent indicate expansion in the sector. Economists surveyed by MarketWatch had forecast the index would total 54.9 percent.