US stocks slide as health care and energy companies slip 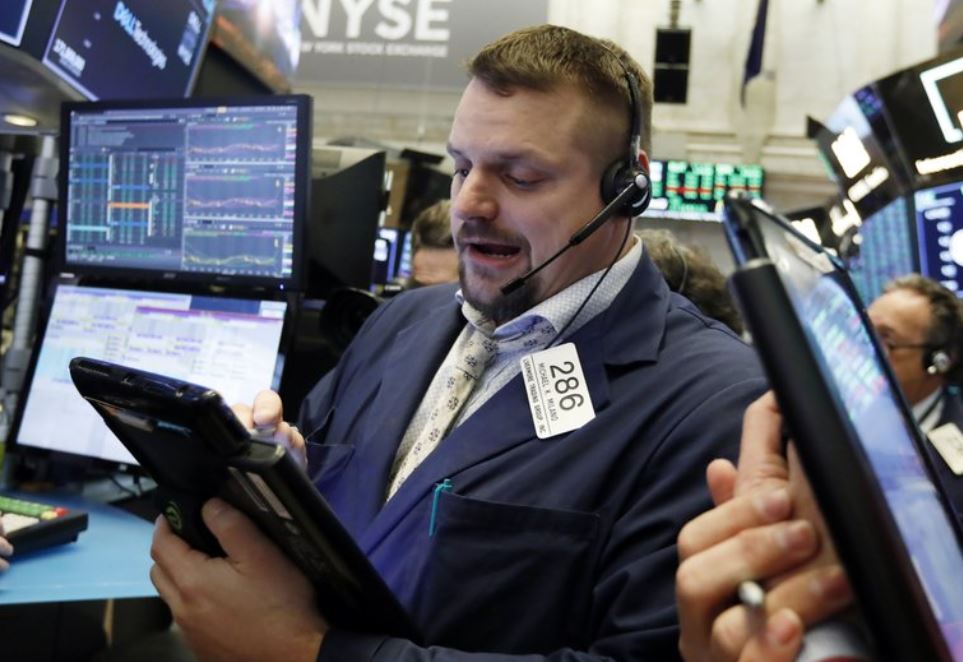 Stocks are lower in early afternoon trading on Wall Street Wednesday after giving up an early gain.

Energy companies are down as the price of crude oil falls for the third time in four days after a strong start to 2019.

The S&P 500 fell 1.4 percent Tuesday as investors reacted to signs of slower global economic growth, including a weakened forecast from the International Monetary Fund. They also worried about possible trouble in trade talks between the US and China.

QUARTERLY QUEASINESS: Abbott, which makes Ensure and Pedialyte nutritional shakes, heart devices and medications, fell 3.1 percent to $69.30 after its revenue disappointed investors. Credit card issuer Capital One shed 6.5 percent to $78.01 after its profit and revenue both fell short of expectations.

Tide, Bounty and Crest maker Procter & Gamble rallied 4.1 percent to $94.15 after its profit came out ahead of expectations and its sales were well above analyst forecasts as well. The company said its annual profit and sales could be slightly stronger than it previously expected.

Elevator and jet engine maker United Technologies rose 3.6 percent to $115.02 following its report, while media company Comcast jumped 4.2 percent to $36.44 after it picked up more internet subscribers and got a revenue boost from Sky, its big bet on European TV.

SAM’S BACK IN SYNCH: Consumer credit company Synchrony Financial said it’s settling a lawsuit filed by Walmart in November, and extending a deal to provide branded credit cards for Walmart’s Sam’s Club business. Synchrony is also selling its portfolio of Walmart’s loans to Capital One. Its stock rose 9.1 percent to $28.96.

U.S-CHINA RELATIONS: White House economic adviser Larry Kudlow denied reports by media outlets including the Financial Times and CNBC saying the US had turned down an offer by Chinese trade officials to meet in Washington this week, due to a lack of progress on issues such as protection of intellectual property. Kudlow said both sides are working toward the higher-level talks. The reports, citing unnamed sources close to the matter, said the discussions were meant to pave the way for meetings between Chinese Vice Premier Liu He and US Trade Representative Robert Lighthizer next week.