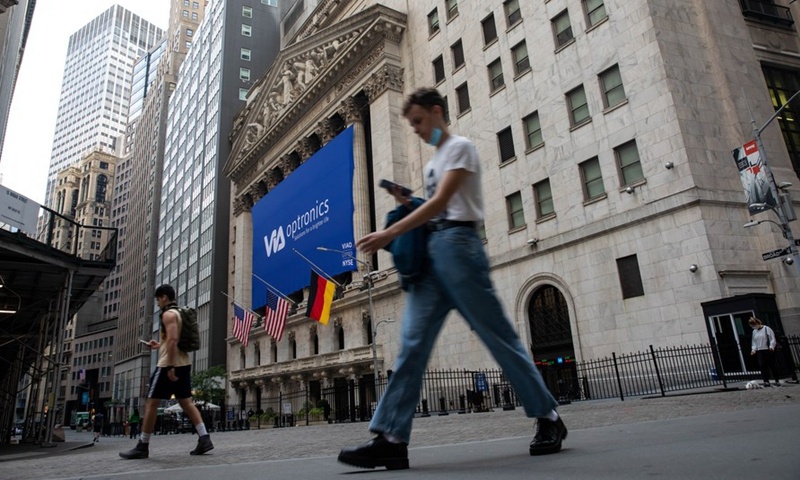 Global output is expected to shrink by 4.4 percent in 2020 due to the mounting impact of the COVID-19 pandemic, according to Peterson Institute for International Economics (PIIE)'s semiannual global economics prospects report released Thursday.

The policy response of the last six months has allowed the global economy to recover from the steep drop in activity that occurred when economies shut down to contain the spread of COVID-19, the Washington-based think tank said.

The recovery in the United States and elsewhere, however, is as yet "partial, fragile, and uneven" -- with fiscal uncertainty and divided labor markets posing major risks to the U.S. outlook, the PIIE noted.

The U.S. economy is on track to shrink 3.8 percent in 2020, up from the 8.0 percent contraction projected in April, according to the global economics prospects, led by Karen Dynan, nonresident senior fellow at PIIE and a Harvard professor.

"The pace of improvement has slowed in recent months more than in China and in some other major economies, and remains vulnerable to setbacks, particularly in the absence of further fiscal support," she said.

The euro area will see a contraction of 8.0 percent in 2020, and the British economy is expected to shrink by 11.0 percent, according to the report.

The Japanese economy will contract by 8.5 percent in 2020, and India will see a contraction of 8.0 percent this year, the report showed.

The Chinese economy, meanwhile, is on track to grow by 3.0 percent in 2020 despite global recession, up from the 1.5 percent growth projected in April, according to the PIIE report.

Noting that China's recovery is sustainable and vigorous, Dynan told reporters during a media call that "it stands out as an economy that is going to outperform other economies over the next year and a half."

In the previous global economics prospects report released April, the PIIE forecasted global output to shrink by 3.4 percent in 2020.

Earlier this week, the International Monetary Fund (IMF) Managing Director Kristalina Georgieva warned of "the long ascent" toward global recovery, noting that the difficult climb will be "long, uneven, and uncertain," and prone to setbacks.

According to IMF estimation, governments across the globe have provided around 12 trillion U.S. dollars in fiscal support to households and firms, along with "unprecedented" monetary policy actions.

"The global economy is coming back from the depths of the crisis. But this calamity is far from over," Georgieva said, noting that the path ahead is clouded with "extraordinary uncertainty."