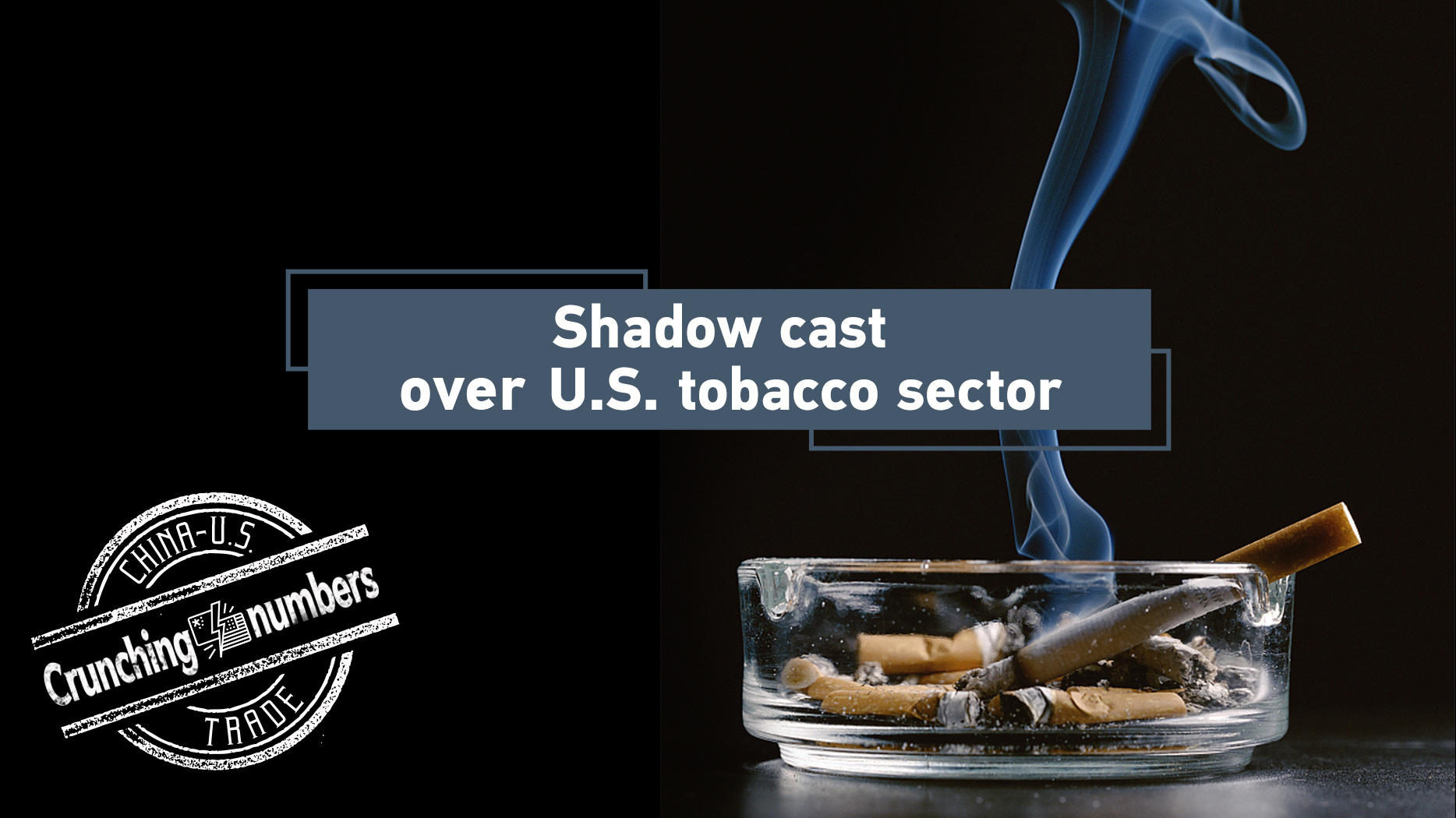 Hit by waves of tightening policies, fierce competition and the China-US trade war, the traditional tobacco industry in the US is having a tough time.

Despite gaining a little breathing room after its main competitor, e-cigarettes, became shrouded in crisis, difficulties both inside and outside of the US still cast a shadow on the industry, especially on the leading tobacco planting state, North Carolina.

Pushed to the brink

But the challenges the industry is facing did not emerge overnight. In July 2017, the traditional tobacco industry in the US took a heavy hit when the US Food and Drug Administration (FDA) announced a new plan that argued for "the consideration of a product standard that would limit the level of nicotine in cigarettes."

On March 15, 2018, the FDA solicited public opinion on the new standard. Simultaneously, the China-US trade conflict was escalating month-on-month, and various tobacco products started to appear on Chinese tariff lists as a form of countermeasure.

The domestic and international crossfire began to take a toll on the industry, and the US Census Bureau recorded the immediate fall. In March 2019, the total export value of tobacco and manufactured tobacco substitutes from the US to China hit a low of 29,402 US dollars, a 99.98 percent drop from the same time last year.By June 2019, the total tobacco exports to China had inched up to 127,680 US dollars, and in August 2019, it was four times more compared to the previous year. The recovery was not encouraging for the industry as a whole, but it was a great relief for tobacco farmers in North Carolina, who depend significantly on the Chinese market and were suffering from a decimated export volume to China.

North Carolina farmers see China as a key tobacco market. The state's total export value to China for tobacco and manufactured tobacco substitutes decreased 17 percent from 185 million U.S. dollars in 2015 to 153 million in 2018. However, China's market share increased from 18.5 percent to 25.2 percent.

North Carolina's tobacco exports accounted for 97.2 percent of total U.S. tobacco export to China in 2018, which makes the state especially vulnerable to the China-U.S. trade war.As one of the critical swing states in the 2016 presidential election, opinions from North Carolina have been increasingly important. In a recent survey from Public Policy Polling (PPP) released on Wednesday, voters in the state are evenly divided on the question of impeaching President Donald Trump (48 percent-48 percent).

When asked if they approve of Trump's job performance, 51 percent of voters chose "disapproved," while 46 percent voted for "approved." The survey also showed that 48 percent of voters cast their ballot for Donald Trump in the 2016 election, versus 45 percent for Hillary Clinton.

Recent bans and negative publicity around the use of e-cigarettes seem an unexpected boon for the tobacco sector. Last month, Trump tweeted to "keep young children from vaping" and called on tobacco alternatives to be made "safe for all."As of October 1, an outbreak of lung injury associated with e-cigarette use or vaping in the U.S. has caused 18 deaths.

According to Nielsen, this change in fortune for e-cigarettes could spawn higher sales for traditional, combustible cigarettes.

In the four-week period up to September 21, cigarette sales narrowly fell 6.7 percent compared to a seven percent deceases in the 12-week period.