US toy industry to discuss expansion in Brazil, China at int'l toy fair

NEW YORK, Feb. 17 (Xinhua) - The US toy industry will discuss strategies for expansion in Brazil and China, two of the world's most populous countries here on Sunday, according to a press release from The Toy Association. 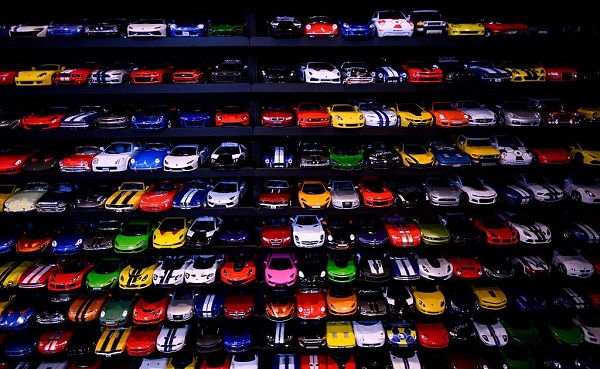 The American toy industry association will present its latest global market research on Brazil and China during two of its Knowledge Network seminars Sunday morning at the 2019 North American International Toy Fair which opened on Saturday at the Jacob K. Javits Convention Center in New York.

The seminars will provide in-depth analysis to help US toy companies that are considering international expansion in these markets, said the press release.

"Brazil is the largest economy in South America with a population of more than 200 million -- 45.7 million of whom are kids 0 to 14 years old. China is the world's most populous country with nearly 1.4 billion people living there and over 236 million kids 0 to 14 years old," said Anne McConnell, the association's senior director of market research and data strategy.

"The seminars are meant to explore both countries and their specific cultural preferences, business environments, and market demographics to help growing companies gauge whether their brands and products are a good fit in these regions," said McConnell.

During the educational sessions, McConnell will provide an overview of each country's demographics and business environment.

In an exhibition space of 41,528 square meters, over 1,000 toy companies and some 30,000 industry professionals, including more than 7,000 international buyers, have gathered in the Big Apple for the four-day deal-making and networking event.

"As the only toy show giving professionals direct access to the lucrative 28-billion-dollar US toy industry, Toy Fair New York is an essential marketplace for manufacturers, retailers, licensors, inventors, designers, and a host of related businesses from around the world," said Steve Pasierb, president and CEO of the association which organizes the annual fair.

Inaugurated in 1903, the toy fair takes place each February in New York City as a trade-only event that brings together manufacturers, distributors, importers, and sales agents to showcase their products to retail outlets and trade guests from up to 100 countries. The 116th edition of the fair will run through Feb. 19.