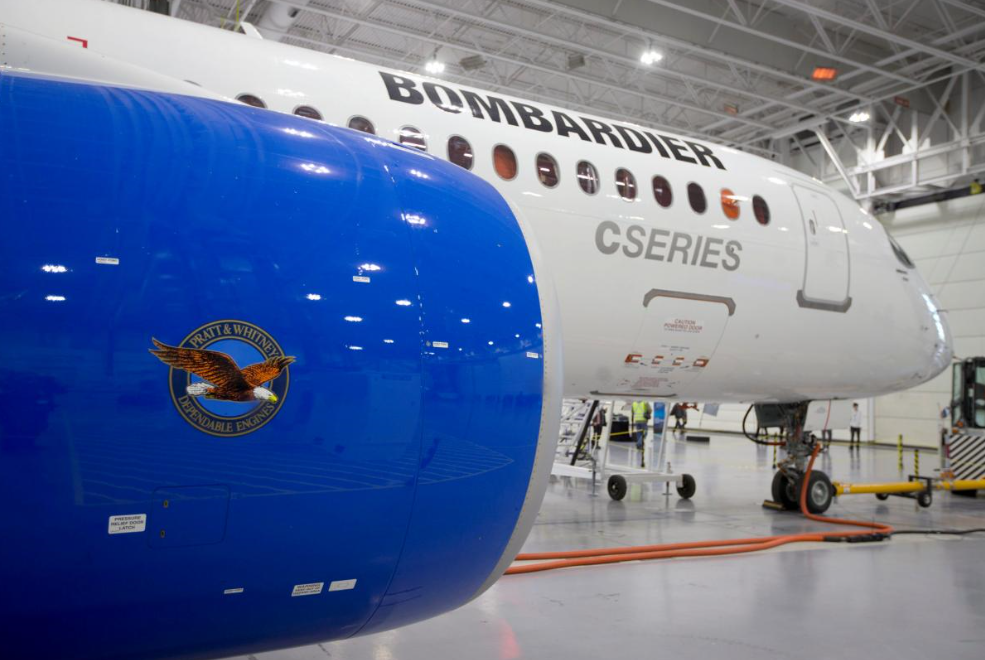 A US trade commission on Friday handed an unexpected victory to Bombardier Inc (BBDb.TO) against Boeing Co , in a ruling that allows the Canadian plane-and-train maker to sell its newest jets to U.S. airlines without heavy duties, sending the company’s shares up 15 percent.

The US International Trade Commission’s unanimous decision is the latest twist in US-Canadian trade relations that have been complicated by disputes over tariffs on Canadian lumber and U.S. milk and US President Donald Trump’s desire to renegotiate or even abandon NAFTA.

Trump, who did not weigh in on the dispute personally, took his “America First” message to the world’s elite on Friday, telling a summit that the United States would “no longer turn a blind eye” to what he described as unfair trade practices.

The ITC’s commissioners voted 4-0 that Bombardier’s prices did not harm Boeing and discarded a U.S. Commerce Department recommendation to slap a near 300-percent duty on sales of the company’s 110-to-130-seat CSeries jets for five years. It did not give an immediate reason.

“It’s reassuring to see that facts and evidence matter,” said Chad Bown, a senior fellow at the Peterson Institute for International Economics in Washington. “This part of the trade policy process works unimpeded despite President Trump’s protectionist rhetoric.”

The decision will also help Bombardier sell the CSeries in the United States by removing “a huge amount of uncertainty,” at a time when its Brazilian rival Embraer  is bringing its new E190-E2 jet to market, a source familiar with the Canadian company’s thinking said.

The ITC had been expected to side with Chicago-based Boeing. It alleged it was forced to discount its 737 narrow-bodies to compete with Bombardier, which it said used government subsidies to dump the Cseries during the 2016 sale of 75 jets at “absurdly low” prices to Delta Air Lines.

Bombardier had called the trade case self-serving after Boeing revealed on Dec. 21 that it was discussing a “potential combination” with Embraer. Boeing denied the trade case was motivated by those talks.