BEIJING, June 2 (Xinhua) -- Economic globalization is a firmly-established trend of the times, and beggar-thy-neighbor unilateralism and protectionism are unpopular, according to a white paper titled China's Position on the China-US Economic and Trade Consultations issued by the State Council Information Office on Sunday. 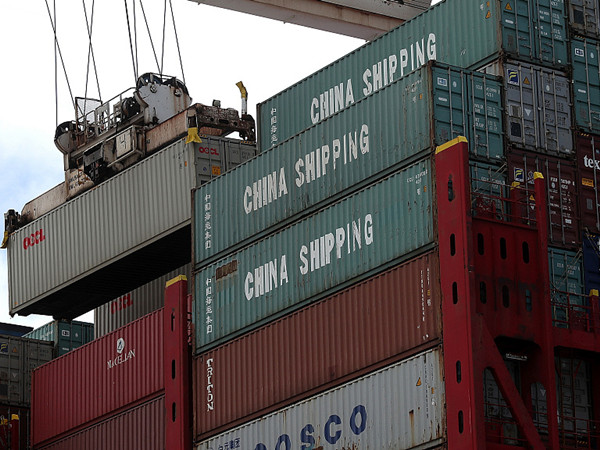 The trade protectionist measures taken by the US go against the WTO rules, damage the multilateral trading system, seriously disrupt global industrial chains and supply chains, undermine market confidence, and pose a serious challenge to global economic recovery and a major threat to the trend of economic globalization, the white paper said.

The US measures are undermining the authority of the multilateral trading system. The US has launched a series of unilateral investigations, including those under Sections 201, 232 and 301, and imposed tariff measures. These are a serious breach of the most fundamental and central WTO rules, including most-favored-nation treatment and tariff binding. Such unilateralist and protectionist actions have harmed the interests of China and other WTO members. More importantly, they have undermined the authority of the WTO and its dispute settlement system, and exposed the multilateral trading system and international trade order to peril, the white paper said.

The US measures threaten global economic growth. With the shadow of the international financial crisis still lingering over the global economy, the US government has escalated economic and trade friction and hiked additional tariffs, provoking corresponding measures by the countries involved. This disrupts global economic and trade order, dampens world economic recovery, and undermines the development of companies and the well-being of people in all countries, plunging the world economy into the "recession trap," according to the white paper.

Global Economic Prospects released by the World Bank in January 2019 revised its forecast for global economic growth down further to 2.9 percent, citing continuous trade friction as a major downward risk. The International Monetary Fund also marked down its projection of world economic growth for 2019 to 3.3 percent from the 2018 estimate of 3.6 percent in its World Economic Outlook report published in April 2019, suggesting that economic and trade friction could further depress global economic growth and weaken already anemic investment.

The US moves disrupt global industrial and supply chains. China and the US are both key links in global industrial and supply chains. Given the large volume of intermediary goods and components from other countries in Chinese end-products exported to the US, US tariff hikes will hurt all the multinationals -- not least those from the US -- that work with Chinese companies. The tariff measures artificially drive up the costs of supply chains, and undermine their stability and security. As a result, some businesses are forced to readjust their global supply chains at the expense of optimal resource allocation, the white paper said.

It is foreseeable that the latest US tariff hikes on China, far from resolving issues, will only make things worse for all sides. China stands firm in opposition. Recently, the US administration imposed "long-arm jurisdiction" and sanctions against Huawei and other Chinese companies on the fabricated basis of national security, to which China is also firmly opposed, according to the white paper.