BUSINESS US trade entities voice opposition to tariffs at hearing

US trade entities voice opposition to tariffs at hearing 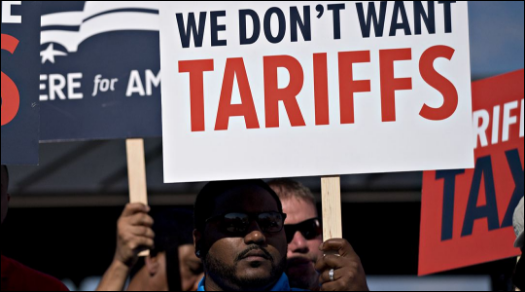 US business and trade groups voiced their opposition against the latest round of US tariffs, which are increasing from 10 percent to 25 percent, on Chinese imports worth 200 billion US dollars during the six-day public hearing in Washington.

“We've made three specific and concerted attempts to get our bags made in the US and have learned from each instance that our costs would triple compared to what we pay now, and the detailed quality isn't as good,” said Ross Bishop, President of BrightLine Bags, whose products are manufactured in China.

An additional tariff of 25 percent would bring the total duties from the already paid duties of 17.6 percent to “an absurd level of 42.6 percent”, which has the "undeniable potential" to cripple Bishop’s company, he said.

"Individual [bicycle] components are produced locally in China, whether through Tianjin, or Kunshan, or in the Shenzhen area. The products themselves need to meet safety requirements. So the transition from one country to another, takes a lot of time to build the manufacturing cluster. It's a difficult and complex project for us," said Bob Margevicius, who's on the board of directors of the US Bicycle Product Suppliers Association (BPSA) and Executive President of US bicycle company Specialized Bicycle Components.

BPSA statistics show that roughly 94 percent of total US purchases of bicycles come from China. If the US government were to impose tariffs on bicycles and related components imported from China, the accumulated tariff rate for American consumers will be as high as 36 percent.

The proposal raised by the Trump administration does not represent the will and interests of the US people or businesses, but serves their own political purpose, according to Shen Jianguang, chief economist at JD Finance.

"The actions keep neglecting the fact that many products manufactured in China, such as semiconductors, smartphones and construction machinery, are invested in and operated by US companies," Shen said.

During the hearings, a Chinese delegation led by Chinese Vice Minister of Commerce Wang Shouwen is visiting the US to talk with his counterpart on bilateral economic and trade issues.