US Treasury Department unveils ‘lucky money’ for Year of the Pig 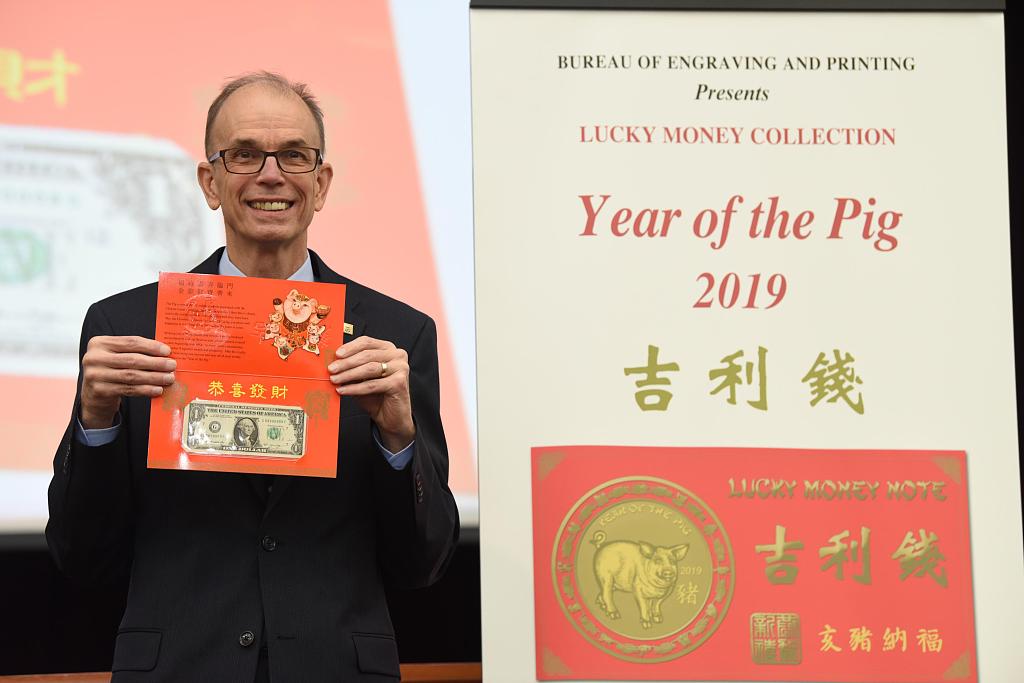 The US Department of the Treasury has released the latest edition of its Lucky Money Collection entitled Year of the Pig 2019 in honor of the upcoming Chinese Lunar New year, the director of the Bureau of Engraving and Printing (BEP) Leonard Olijar announced at a press conference on Monday.

The bill, featuring a $1 Federal Reserve note with a serial number beginning with "8888”, is packaged in a red envelope and priced at $5.95.

It marks the sixth issue in BEP’s second generation of the Lucky Money Lunar Calendar product line. Since 2000, the bureau has launched 30 Lucky Money products to capture the exquisite decorative Chinese symbolism and numerology with numbers “8888” for fortune, “168” for prosperity, and “777” for luck.

The "Pig" is the last of 12 zodiac animals associated with the Chinese Lunar Calendar, and the Year of the Pig will falls on Feb 4 of the Western calendar in 2019.