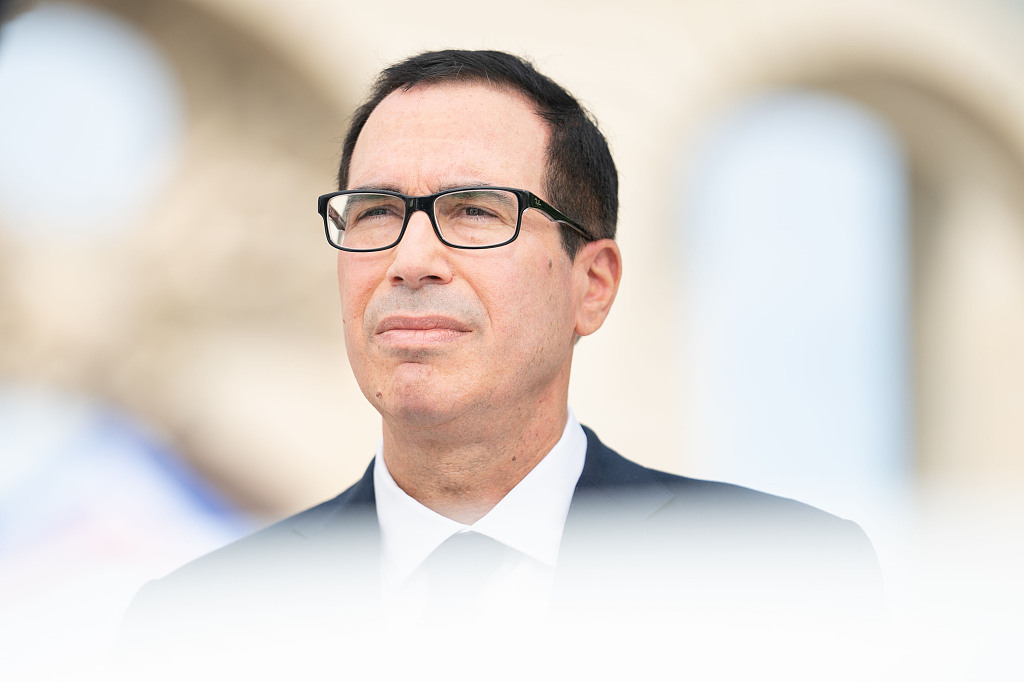 WASHINGTON, Aug. 28 (Xinhua) -- U.S. Treasury Secretary Steven Mnuchin said on Wednesday that the United States does not intend to intervene in the currency market to weaken the dollar right now.

"Situations could change in the future but right now we are not contemplating an intervention," Mnuchin said in an interview with Bloomberg News.

Mnuchin also suggested that it would be more effective if the U.S. Treasury intervened in conjunction with the Federal Reserve and global allies.

"In general, it's more optimal to do these things on a coordinated basis because of the size and scale of these currency markets," he said.

U.S. President Donald Trump has repeatedly complained about the strength of the dollar and pressured the Fed to cut interest rates.

But analysts at the Pacific Investment Management Company (PIMCO), a global investment management firm, believe that the rationale for the U.S. government to weaken the dollar is lacking.

"The markets are functioning well, and while we estimate the dollar is about 10% overvalued relative to structural and fundamental macroeconomic factors, this is largely in line with past episodes when the U.S. economy has outperformed its peers," Gene Frieda and Tiffany Wilding, analysts at the PIMCO, wrote in a note last month.

They added that the United States is unlikely to win support from the international community to intervene in the currency market to weaken the dollar, as other developed market governments and international agencies largely discourage currency intervention by leading nations.

"In the current environment of global trade frictions, intervention to competitively devalue the dollar is even more unlikely to gain their support," they said.