BUSINESS US urged to stop 'unreasonable suppression' of Chinese firms

US urged to stop 'unreasonable suppression' of Chinese firms

Chinese officials and experts on Tuesday urged the US government to treat Chinese companies fairly, after the US reportedly moved to bar Chinese telecom giant China Mobile from entering its market. 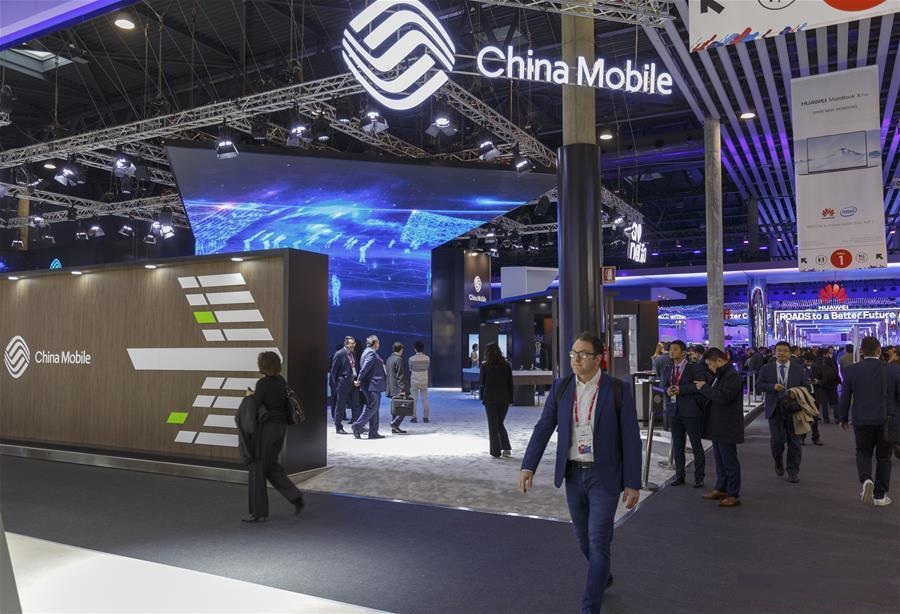 People walk past China Mobile's booth during the first day of the 2018 Mobile World Congress (MWC) in Barcelona, Spain, on Feb. 26, 2018. (Photos: Xinhua)

"We urge relevant sides in the US to drop the outdated Cold War thinking and zero-sum games, correctly view relevant issues and stop unwarranted speculation and unreasonable suppression of Chinese companies," Lu Kang, spokesperson for the Chinese Ministry of Foreign Affairs, told a press briefing in Beijing.

The spokesperson further called on the US to create a fair environment for Chinese companies in the US and "do more things that are conducive to the mutual trust and cooperation between China and the US."

Lu was responding to questions regarding a reported move by the US government to block China Mobile from providing services in the US market.

The US National Telecommunications and Information Administration, which is part of the Department of Commerce, recommended that the Federal Communications Commission should deny China Mobile's application to offer telecommunication services between the US and other countries, Reuters reported.

China Mobile did not respond to the Global Times' request for comment on Tuesday.

The US' attempt to block China Mobile reflected the deeply contradictory rhetoric from US officials and their hypocrisy, said Bai Ming, a research fellow at the Chinese Academy of International Trade and Economic Cooperation under the Chinese Ministry of Commerce.

"[US officials] are on the one hand asking China and other countries to do more to create a fair environment for its companies, while repeatedly taking actions restricting Chinese companies on the other," Bai told the Global Times on Tuesday.

Bai added that by targeting more Chinese companies, the US is trying to raise its leverage in trade negotiations with China. "This is not an isolated incident and it is clear that they want to further pressure China."

The China Mobile incident came as China and the US are engaged in a tit-for-tat trade spat and after the US government severely punished Chinese telecom equipment maker ZTE Corp.

Bai said that if the US continues to target Chinese companies, China should not stand idle.

"We should prepare to strike back at their telecom companies as well, while also upgrading the domestic industry to cut reliance on the US," he said.