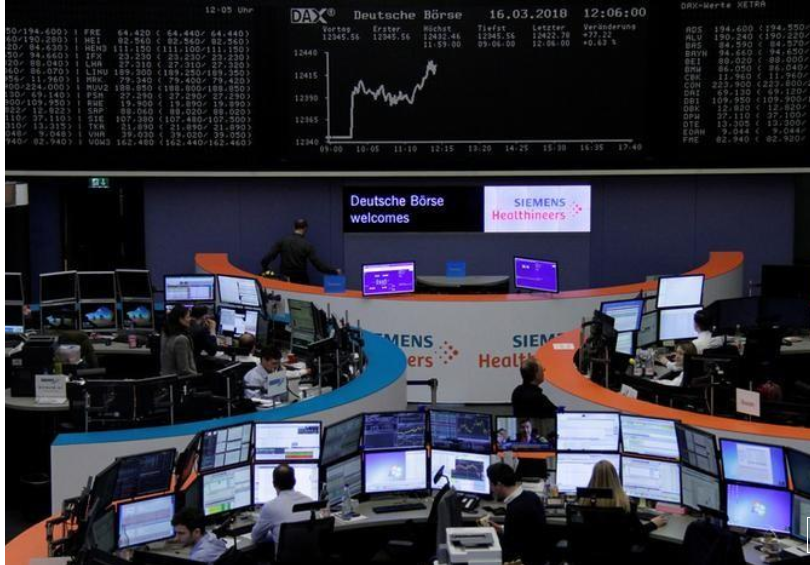 The German share price index, DAX board, is seen at the stock exchange in Frankfurt, Germany, March 16, 2018. (Photo: Reuters)

The US dollar and Treasury yields jumped on Tuesday following US data showing a rise in monthly US retail sales, weighing on stocks that also were undercut by renewed worries over global trade frictions.

The yield on the benchmark US 10-year Treasury note touched its highest since July 2011, while the dollar hit its highest point of the year against a basket of currencies. Wall Street’s main stock indexes slumped, with investors concerned that rising bond yields would hurt stock valuations.

US retail sales rose moderately in April as rising gasoline prices cut into discretionary spending, but consumer spending appeared on track to accelerate after slowing sharply in the first quarter.

The US Commerce Department said retail sales rose 0.3 percent last month, while data for March was revised up to show sales surging 0.8 percent instead of the previously reported 0.6 percent.

“The implication is that means inflation has more upside potential which means the Fed is more likely than not to hike four times this year, versus what the market was pricing in a month ago which is two to three times,” Mackay said.

The benchmark government yield US10YT=RR eclipsed 3.05 percent, blowing through the key psychological level of 3 percent it hit in late April for the first time in four years.

“The resurgent tone for the US dollar is largely due to, number one, the move higher in Treasury bond yields across the curve and number two, the relatively solid data we saw on retail sales,” said Omer Esiner, chief market analyst at Commonwealth Foreign Exchange Inc in Washington D.C.

Earlier on Tuesday, US Ambassador to China Terry Branstad said the United States wanted a timetable on how China would open up its markets to US exports, with the two countries still not close to resolving trade frictions.

“A little bit of today’s jitters are related to a hangover to yesterday’s wrongly placed exuberance that a trade deal was imminent and the reality is we are in for a long slugfest between the US and China,” Mackay said.

German growth halved in the first quarter of the year due to weaker exports and less state spending as disputes with the United States over trade and Iran’s nuclear deal clouded the outlook for Europe’s biggest economy.

Oil prices hovered around multi-year highs, supported by concerns that US sanctions on Iran are likely to restrict crude oil exports from one of the biggest producers in the Middle East.