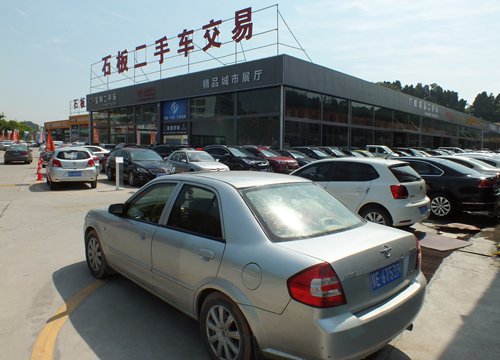 China has granted permission for a pilot scheme permitting the limited export of used cars, prompting Chinese analysts to predict hot sales on the Southeast Asian auto market. Such trade will likely launch a new arena of cooperation between China and countries along the Belt and Road route, they believed.In March China's Ministry of Commerce, the Ministry of Public Security and the General Administration of Customs officially for the first time permitted the export of some second-hand Chinese cars from 10 regions including pilot cities Beijing, Shanghai and Qingdao. Some 13.82 million used cars were sold on the China mainland in 2018, according to the China Automobile Dealers Association, but they amount to less than half the 28.08 million new cars sold. The potential for second-hand car exports from China is "huge," according to a statement released by the Ministry of Commerce on its website.In most developed countries, there are twice as many second-hand car sales as new car sales. Exporting used cars overseas will also boost new car sales in China.Southeast Asian countries along the Belt and Road route are the likely target market, say industrial observers.Many countries are less strict about environmental standards than developed countries, leaving room for China's used-car exports, noted Cui Dongshu, secretary-general of the China Passenger Car Association.Vehicles whose emissions do not reach the China III-V emission standards for heavy-duty engines are restricted in some of China's eastern cities. But these vehicles that were first sold around 2009 might be in demand in other countries.Great matchChina's car brands have gained a foothold in terms of brand reputation and credibility in countries along the Belt and Road, especially Southeast Asia, auto industry analyst Mei Songlin told the Global Times. Exports of Chinese used car can take advantage of the established reputation in these countries.In Southeast Asian countries where motorcycles often outnumber cars, some economies are experiencing a transition from motorcycle to car. If the financial pressure of a new car is too great, a cheaper used car from China might be a better choice.Some of the pilot cities for the second-hand car export scheme have regional advantages in their connection to the Belt and Road economic belt, noted Cui, the car association secretary-general. He cited Xi'an in Northwest China's Shaanxi Province as an example with its international logistics channel and access to China-Europe freight train service. Southeast Asia hubSoutheast Asia's cluster of emerging economies and booming car market are increasingly attractive to Chinese exporters. Car sales in Southeast Asia rose 8.1 percent in 2017 from 2016, according to London-based BMI Research. Growth across Asia was 3.7 percent. The influx of new cars will also lead to a big increase in used-car sales, BMI said. Historical data from different countries suggests that second-hand car transactions are rising.Demand for cars in developing countries amounts to thousands of billions, with used cars accounting for 60-80 percent, China Central Television (CCTV) has reported.Countries and regions along the Belt and Road such as Central Asia, East Europe and Southeast Asia are the main drivers of second-hand car sales.Myanmar, Cambodia, Laos, the Philippines and Vietnam use left-hand drive vehicles like China and have fewer cars per thousand people.Imports surged in Myanmar after 2014 when the government abandoned plans to build its own cars.

A used car imported from Japan costs 30,000-50,000 yuan in Myanmar, while the new car of the same model costs almost three or four times as much.

More than 150,000 cars will be traded in Myanmar by 2020, with used cars accounting for 90 percent, according to Chinese experts. Used cars accounted for 95 percent of car sales in Cambodia in 2016.Cambodians prefer used cars. New cars are subject to an import tax of 122.75 percent, plus 20 percent for luxury cars. Much the same is true of the Philippines, Laos and Vietnam, all of which have huge demand for used cars. Southeast Asia, especially the five countries that use left-hand drive vehicles, will become important markets as China further relaxes rules restricting the export of second-hand cars.

Used Chinese cars are more competitive than US and Japanese cars in Southeast Asia, Dato' Tony Khor, Federation of Motor & Credit Companies Association Malaysia (FMCCAM) President, was quoted as saying by the Kuala Lumpur and Singapore-based newspaper.Risks, challengesThe governments of some Southeast Asian countries do not support importing second-hand cars, but would rather import new cars or support vehicles assembled by domestic car dealers. In 2017, the Myanmar government introduced rules to deal with traffic accidents and traffic jams caused by the large number of right-hand drive cars imported from Japan.That decision dealt a blow to used Japanese car exports and created an opportunity for used left-hand drive Chinese cars, the same as Myanmar. The Chinese car exporters face challenges from Myanmar's indigenous car companies that have government support and tax incentives.Chen Ying, a tour operator in Vietnam, told the Global Times that new cars are still mainstream on the roads of Hanoi, the capital city. "At the moment, a car is still a status symbol for Vietnamese people, and those who can afford it are more willing to pay a little more to buy a new one that is more dignified to drive," he said. There are many old Chinese trucks on the streets of Hanoi, but few family cars, Chen noted.