Using tariffs for political reasons risky to world, including EU:Tusk

BIARRITZ, France, Aug. 24 (Xinhua) - If US President Donald Trump uses tariffs for political reasons, it could be dangerous for the whole world, including the European Union, Donald Tusk, president of the European Council, told reporters on Saturday. 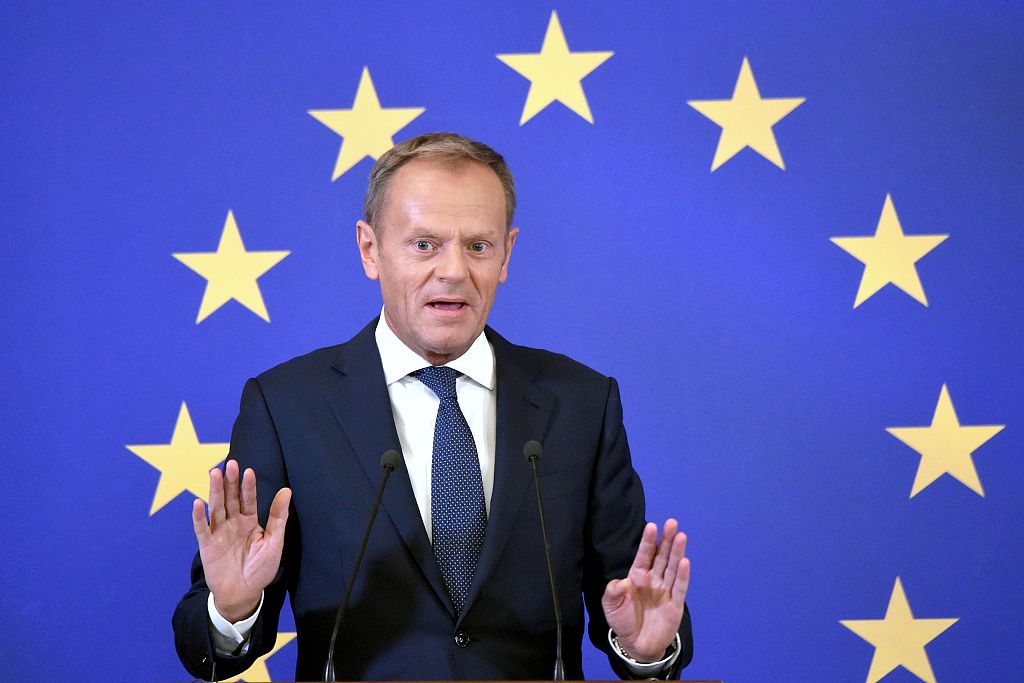 European Council President Donald Tusk gastures as he speaks during a press conference on the outcome of the Ukraine-EU summit in Kiev on July 8, 2019. (Photo: VCG)

EU will respond in kind if Trump slaps tariffs on French wine, said Tusk during a press conference prior to the G7 summit.

He will meet British Prime Minister Boris Johnson on Brexit Sunday, warning Johnson not to "go down history as "Mr. No Deal".