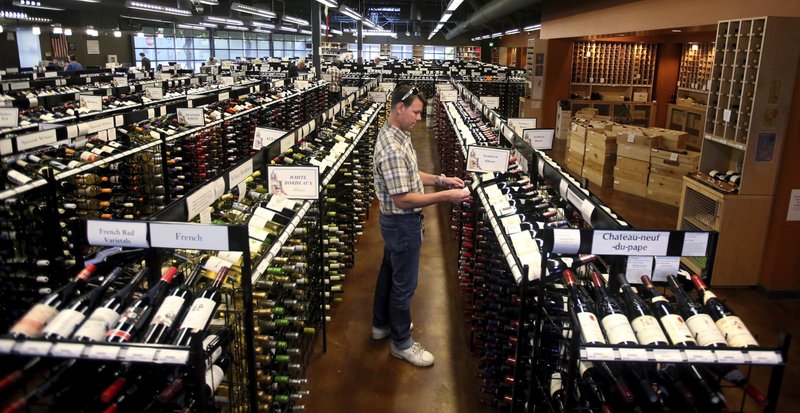 A worker at a state liquor store changes prices on wine, liquor and higher-alcohol beer, after closing to the public Friday, June 30, 2017, near downtown Salt Lake City. (Photo: AP)

WASHINGTON, Dec. 2 (Xinhua) -- The US Trade Representative Robert Lighthizer announced on Monday that he proposed action to impose additional tariffs on some 2.4 billion US dollars worth of French products, citing an investigation that has found French digital services tax "unreasonable" and "discriminatory."

In a statement released Monday afternoon, the USTR said he is issuing a Federal Register notice explaining the issue, and the notice solicits comments from the public on the the proposed action, which includes additional duties of up to 100 percent on certain French products.

The United States initiated its Section 301 investigation into France's planned tax on digital services on July 10, accusing the French government of "unfairly targeting the tax at certain US-based technology companies."

Despite US opposition, the French Parliament passed a new law on July 11 to impose a tax on digital giants, including US companies Google, Amazon, Facebook and Apple.