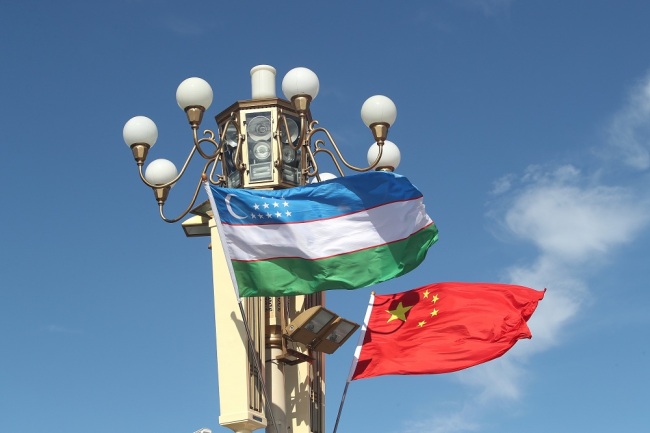 National flags of China and Uzbekistan flutter on a lamppost on the Tiananmen Square in Beijing, China. (File Photo: VCG)

Uzbekistan's government has approved a resolution to open the Representative Office of the Uzbek Ministry of Investments and Foreign Trade in China, Justice Ministry said Saturday.

The resolution has also defined the main tasks and directions of the activity of the Representative Office of the Ministry of Investments and Foreign Trade in China, according to a Justice Ministry report.

The Office will implement projects and programs in trade, economic, investment, financial and technical cooperation that are included in the Road Map following high-level talks with China, it said.

The Office reports to and operates under the general supervision of the Ministry of Investment and Foreign Trade and the post of the Director of the Representative Office, and by degree, is equal to the post of Counselor of the Embassy of Uzbekistan in China, the report said.