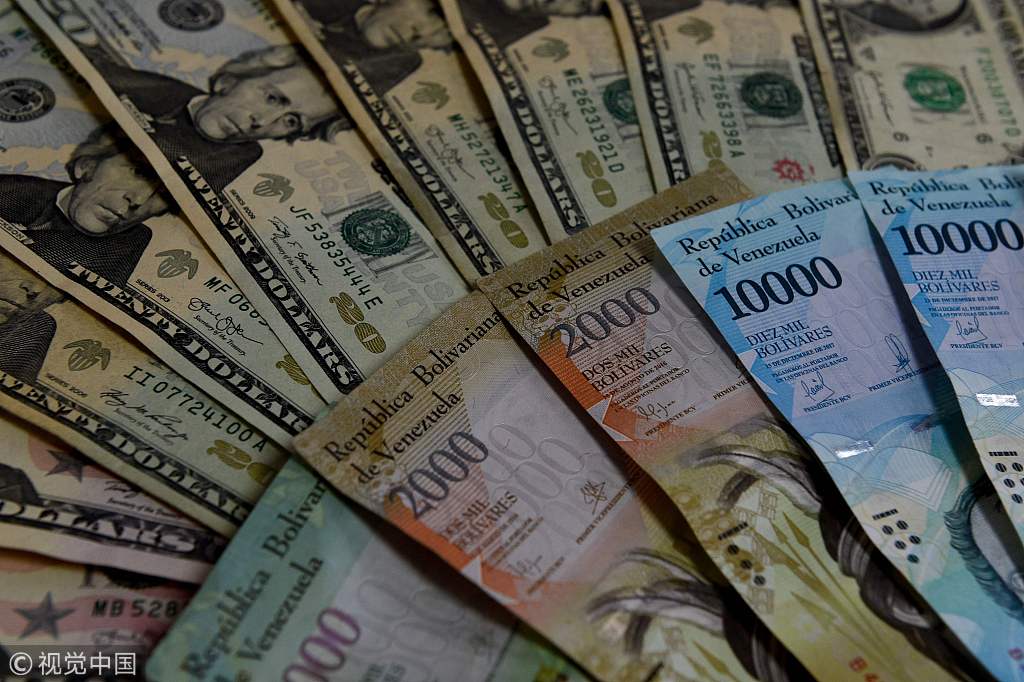 View of Venezuelan bolivar banknotes and US dollar bills in Caracas on August 2, 2018.

Calixto Ortega Sanchez, president of the BCV, said the bank published the official rates for the sovereign bolivar and Venezuelan cryptocurrency the petro.

"This information will be updated daily and will be available via the web page, letting the Venezuelan people, as well as the financial and business sectors, know the official value of the sovereign bolivar," which is pegged to the petro, Ortega Sanchez said.

The BCV will also publish the value of the petro and its equivalent in euros, yuan, ruble and the US dollar.

Venezuela's government has launched an economic recovery program to rein in hyperinflation and overcome US economic and financial sanctions.

On Monday, new banknotes were introduced that lopped off five zeros from the national currency to facilitate transactions, which typically entailed millions of old bolivars for even everyday items.

Cover photo: A man counts Venezuelan bolivar banknotes next to a US one-dollar bill in Caracas on August 2, 2018.