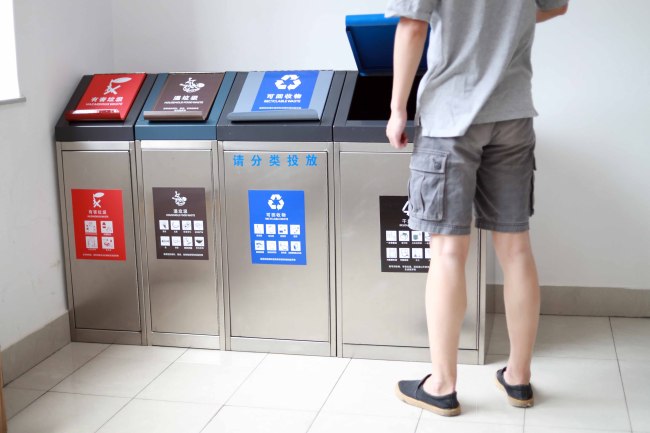 The National Exhibition and Convention Center in Shanghai, the venue for the annual China International Import Expo (CIIE), has practised garbage sorting, preparing for the second CIIE slated to take place this November.

The center will invest about 3 million yuan (about 436,763 U.S. dollars) in garbage sorting this year and has drafted a guideline that would guide the infrastructure improvement and refined management of classification, said Peng Chunyan, an executive with the center.

Twelve electric shuttle buses and a newly formed team with 30 employees are ready for the garbage sorting.