BEIJING, July 2 (Xinhua) -- After working for two decades in the Xinfadi market in southern Beijing, Ma Yong (pseudonym), a wholesaler, saw the market suspended for the first time. 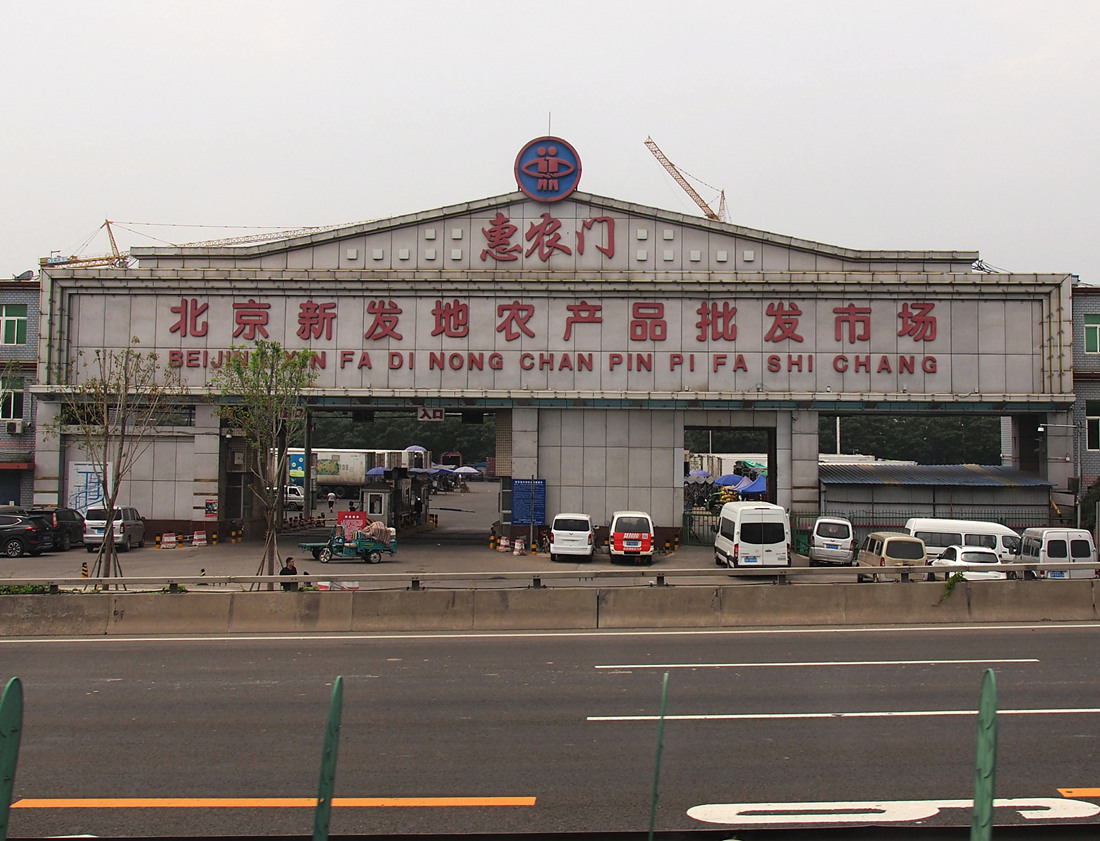 "Over the years, the market has never encountered such a big trouble," said Ma, 40, who was in quarantine after the large farm produce wholesale market emerged as the source of new cluster infections of COVID-19 in Beijing since mid-June.

From June 11 to July 1, Beijing reported 329 confirmed locally-transmitted COVID-19 cases, with most of them related to Xinfadi.

The market, which was suspended on June 13, provided about 70 percent of Beijing's vegetables, 10 percent of pork, and 3 percent of beef and mutton. Over 100 veteran wholesalers like Ma work in the market to supply goods across the city.

Businesses of these veteran wholesalers were affected by the new infections to different degrees, but many remain upbeat about the future of the market.

"Xinfadi wholesale market has given us a chance to change our fate," said Ma, who came from a village in central China's Henan Province, and over the years, started building a successful business from scratch in the market.

The new infections came unexpected for Ma, one of the major vegetable wholesalers in the market. The business was interrupted, products were backlogged while his customers made countless calls urging for deliveries.

"Our employees were also under quarantine, so no one was around to send deliveries. It was really difficult then," Ma said.

In a bid to ensure the market supply, local authorities set up a temporary trading area for vegetables right after the market was suspended, as well as three cargo turnover stations later in the suburbs, offering Ma and other wholesalers an opportunity to tide over the difficulty.

Ma used to handle 70 to 80 tonnes of vegetables every day before the new infections were reported. Recently, the daily quantity has recovered to 30 tonnes.

"What we should do now is to hang on. Nothing can destroy us," Ma said. "We cannot afford to lose customers and suppliers."

Due to the restrictions in Xinfadi, Wang Dong (pseudonym), a veteran wholesaler of fruits, rerouted many of his products to other distribution centers in Beijing's neighboring province Hebei.

During the epidemic earlier this year, Wang donated hundreds of boxes of vegetables to the worst-hit Hubei Province and witnessed the local situation improve over the past few months.

"We have accumulated nearly half a year of experience in fighting the epidemic, and I am confident that we will overcome this new infection," Wang said.

The epidemic control measures have dealt a blow to his business too, but Wang supports these efforts. "They are enforced to avoid greater impact and more severe losses, and for a better future of the market," he said.

Li Guoqing (pseudonym), a staple food wholesaler who has worked in the market for 19 years, said the interruption of his business due to the new infections provided him a rare opportunity to reflect on his businesses.

"As a wholesaler, we had to keep running; otherwise, we would be phased out," said Li, 47. "Many wholesalers in the market feel uncomfortable due to the sudden interruption of their businesses, but we are finally able to have a rare break."

Li had nearly 200 tonnes of goods stranded in the market. Over 20 of his employees and his families were in quarantine.

He was sleepless during the first few days worrying whether the supermarkets he supplied would terminate their cooperation or whether the farmers' products would become unsalable, and if logistics to Beijing would be affected.

However, Li later received more positive news. "I gradually learned that the decades of trust that we have built with customers would not perish because of the epidemic," Li said, adding product quality and good services are the essential attributes to gain a foothold in the market.

Li said he is thinking about the mode of business operation in the future: how to increase supplies and turnover in case of force majeure.

"I hope that the market will be reborn after the epidemic, and continue to progress with lessons learned," Li said.