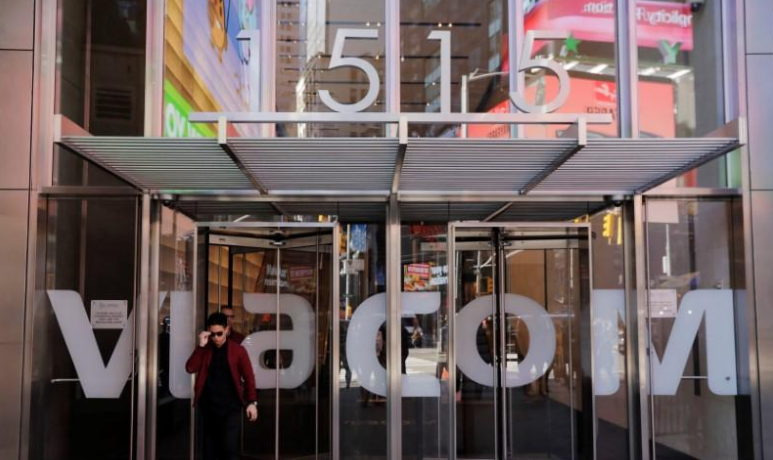 The Viacom logo is displayed on the doors of a building in midtown Manhattan in New York, U.S., February 27, 2018 (Photo: Reuters)

Viacom Inc (VIAB.O) is preparing a counterproposal to CBS Corp’s (CBS.N) first share exchange offer of 0.55 CBS share for every Viacom share, which Viacom found to be inadequate, people familiar with the matter said on Wednesday.

The CBS offer, which was communicated verbally last Friday, valued Viacom at below its market value of around $12.5 billion, according to the sources. The back-and-forth between the companies indicates that tough negotiations lie ahead.

Viacom has not yet decided on the exact share exchange ratio it will ask for, but is expected to seek more than 0.62 CBS share for every Viacom share, one of the sources said. Viacom’s counterproposal is expected by Thursday, another of the sources added.

Viacom will argue that potential cost synergies of more than $1 billion mean that it should command a premium in a deal, according to the sources.

The sources asked not to be identified because the negotiations are confidential. CBS and Viacom did not immediately respond to requests for comment. CNBC first reported that Viacom had dismissed CBS’s offer.

CBS and Viacom set up special committees to explore the merger in February, a move to reunite the companies split by controlling shareholder Sumner Redstone more than a decade ago.

The two companies explored a merger in 2016 instigated by the Redstone family, but those talks ended unsuccessfully, due to concerns by CBS about price and governance issues.

Since then, Bakish has taken a number of steps to boost the company’s performance, including improving relations with cable and satellite companies, causing some analysts to expect CBS to acquire Viacom at a premium.

Many of Viacom and CBS’s competitors are merging as scale becomes increasingly important in the media landscape, with more customers cancelling pricey cable contracts, and Netflix Inc (NFLX.O) and Amazon.com Inc (AMZN.O) spending billions of dollars on making shows and movies.