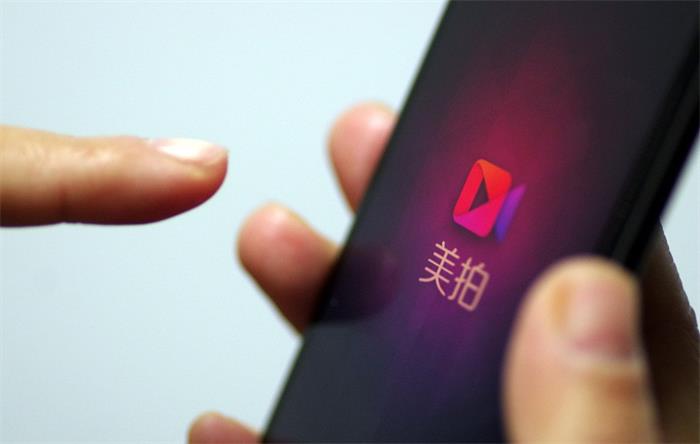 A user download Meipai, a video-streaming social networking app and enjoy it on the phone. [Photo/VCG]

China's internet watchdog has ordered the Meipai video-streaming social platform to rectify its practices and strengthen its content management. The site had spread harmful information — including pornographic and violent content — involving minors, the Cyberspace Administration of China said in a statement issued late Sunday.

The administration, together with the State Administration of Radio and Television, as well as the Ministry of Culture and Tourism, jointly held a talk with executives of Meipai on Friday and required a comprehensive rectification.

The administration said it had banned the site from upgrading services before for its spreading information illegally. But a follow-up check found that the site had failed to make proper rectifications and continued publishing harmful information such as minors with skimpy clothing and sexual content.

The company has been ordered to thoroughly clean its illegal video information and beef up its internal content controls.

Meipai said it fully accepted the punishment and will shut down the "campus" channel and suspend updating some other channels for 15 to 30 days. It also promised to develop a system to protect the young people.