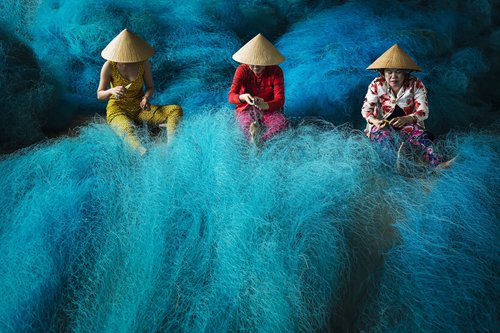 Vietnam is seizing an unprecedented opportunity arising from a wave of production and export orders as the trade row between China and the US diverts business to the Southeast Asian country, but looming concerns persist, entrepreneurs and experts told the Global Times.

Shipments from Vietnam to the US surged nearly 40 percent year-on-year in the first four months of 2019, while imports from China over the same period fell 13 percent, according to the Financial Times on June 28.

Separately, Japanese investment bank Nomura said in a June report that Vietnam is the largest beneficiary of the China-US trade war gaining new business worth 7.9 percent of its GDP.

ASEAN manufacturing centers such as Vietnam, Malaysia and Thailand are likely to benefit from some diversion of export orders as well as stronger foreign direct investment flows over the medium term as multinationals diversify their global supply chains away from China, said an economic study by IHS Markit.

"There has been a spike in demand for production in Vietnam. From our own records, it seems production requests outside of China have grown by over 30 percent," said Nathan Resnick, CEO of US business-to-business sourcing company Sourcify.

His company works with plants in manufacturing hubs in China to produce apparel, accessories, bedding and injection molds.

"Many foreigners are starting to invest in Vietnam, so more money is flowing into the country, boosting its economy," Resnick told the Global Times over the weekend.

Tran Van Giang, general manager at a shoemaking company located near Ho Chi Minh City, told the Global Times on Friday that he has received more orders since last year, and his factory is fully booked until the end of this year. "We're now taking orders for 2020."

"We've recently been getting orders by US customers for the first time," Tran said. "We started to cooperate with Chinese investors last year. We think if capital flows into Vietnam, it will give companies in Vietnam more opportunities to develop."

As more foreign-invested plants open and grow in the Southeast Asian country, Tran has found it hard to hire workers, who now have many more choices.

Meanwhile, Tran expressed concern about whether the US would impose tariffs someday on Vietnam-made products, given the global trend.

While Vietnam and other countries do benefit from the trade war, it's not all smooth sailing. The uncertainty caused by the trade war is no good to the world economy, including Vietnam, which has sought to expand its global reach via regional or bilateral deals, experts said.

Ling Dequan, a senior research fellow at the Beijing-based Huayu Think Tank, told the Global Times over the weekend that the Vietnam-US trade structure is much similar to the China-US relationship, in terms of trade deficits.

"It is not clear if the US will someday brandish its unilateral and protectionist stick toward Vietnam as the latter's manufacturing industry is rapidly developing," said Ling, adding "it is a problem of when instead of how."

The US Commerce Department said on Tuesday it would impose duties of up to 456 percent on certain steel made in South Korea or the island of Taiwan, China, which is then shipped to Vietnam for minor processing and finally exported to the US, according to Reuters.

Cooperating with trading partners and being open to foreign investment have been crucial for Vietnam's economic development over recent years, so the country hopes to take part in constructing an open and free trade world, according to Ling.

On June 30, Vietnam and the EU signed a free trade agreement in Hanoi, capital of Vietnam, which will include 99 percent elimination of customs duties between the two trading partners. The two sides also signed an investment protection agreement.