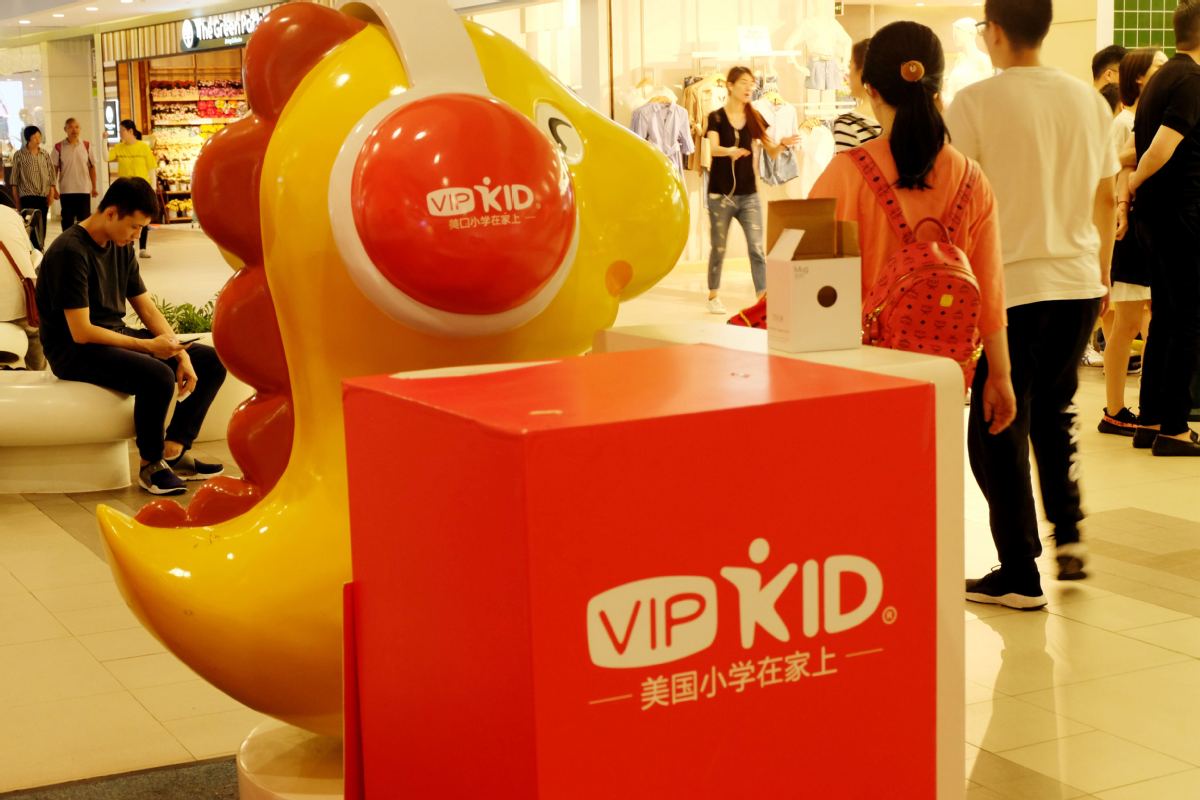 Visitors walk past a VIPKid mascot during an education exhibition in Shanghai. [Photo provided to China Daily]

Chinese online education startup VIPKid confirmed a new round of financing led by Tencent Holdings Ltd on Monday, right after the country unveiled its latest guideline to encourage online education platforms following a tightening in policies implemented over the past year.

The fresh fundraising, according to VIPKid, will be used to deepen the research and development in sectors including artificial intelligence, cloud services and charitable work.

Though the startup did not disclose the detailed amount of investment, Reuters reported earlier that Tencent had planned to invest about $150 million in the new financing round.

Mi Wenjuan, founder and CEO of VIPKid, said that online education will be a megatrend in the near future and the startup hopes to build world classes that are "connected, inclusive and personalized".

VIPKid, founded in 2013, is an online education platform providing children with one-on-one online English courses, and links teachers from North America with Chinese kids aged 4 to 12. The latest data from the company showed it has enrolled more than 90,000 foreign teachers in its network, enabling them to work with 700,000 users across the world.

The Beijing-based startup raised $500 million from investors including Coatue Management, Tencent and Sequoia Capital China in June last year. While it marked the world's largest-ever fundraising in the online education sector at that time, the firm was said to have encountered difficulties in raising new funds after then.

"The new confirmation is likely to be part of VIPKid's wish to attract other investors into the fundraising, after investors are getting colder about the country's online education sector due to tightening of policies," said an investor familiar with the matter who declined to be named.

The move came right after the Ministry of Education and 10 other ministries unveiled a guideline, which made it clear that authorities will encourage the online education development in the country.

By 2020, online education infrastructure should be greatly improved and applications of information technologies such as the internet, big data and artificial intelligence should be widened, the guideline added.

Industry insiders pointed out that the move could be an inspiring signal for online education startups and a turning point for the whole industry.

"China's online education will enter a boom period where different firms are expected to thrive soon. In the K12 or kindergarten to 12th grade sector, leading companies will likely dominate the market," said a recent report from CITIC Securities.