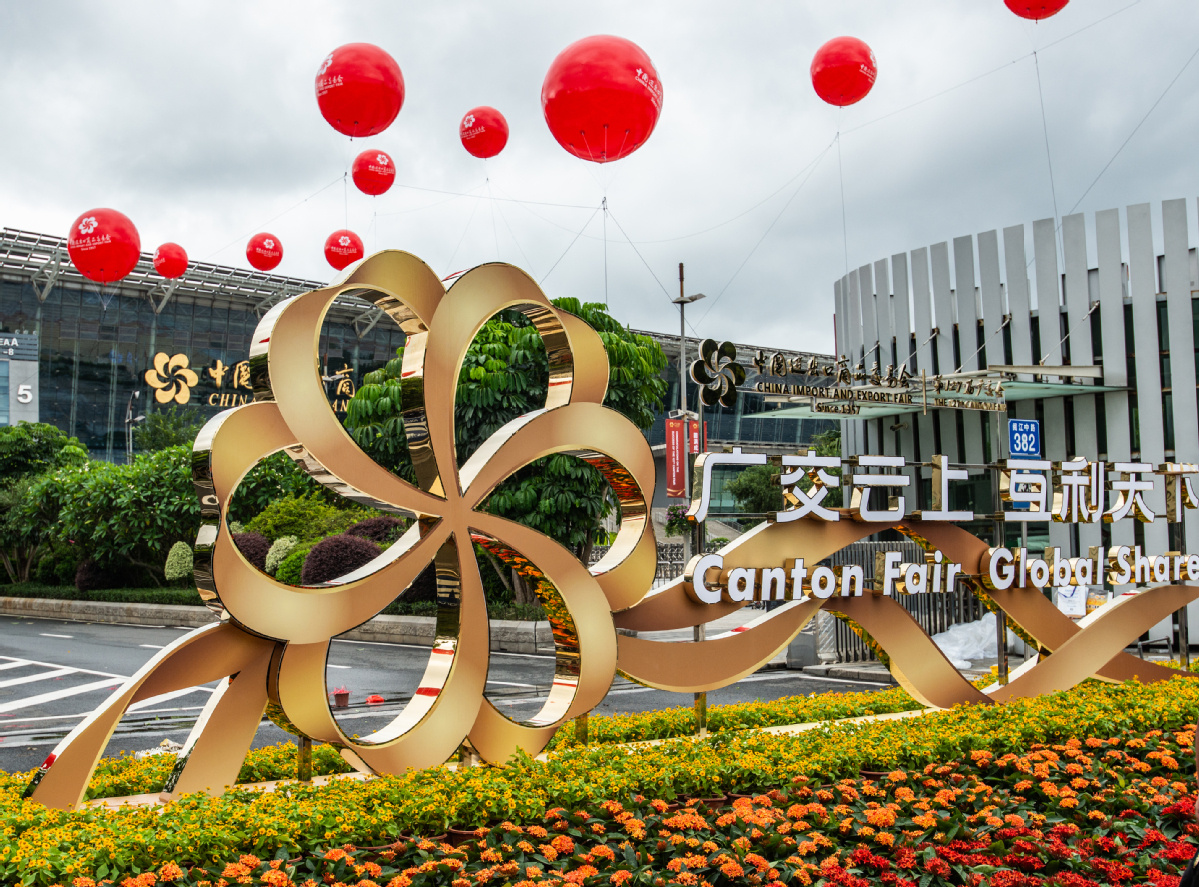 A view of the China Import and Export Fair Complex in Guangzhou, capital of South China's Guangdong province, on June 14. (Photo: China Daily)

The 127th China Import and Export Fair, also known as the Canton Fair, which marked the first time the fair had been moved online, opened unlimited room－beyond time and space restrictions－for Chinese and foreign enterprises to engage in trade deals, industry experts said. It also explored a new path for international trade development, they said.

The groundbreaking online fair contributed to the stabilization of foreign trade and investment during the novel coronavirus pandemic, said Xu Bing, deputy director of the China Foreign Trade Center and spokesperson of the Canton Fair.

Xu said it demonstrated China's firm determination to the international community to expand opening-up and maintain the safety of the international industrial supply chain, as well as its responsibility to respond to pandemic conditions and support the multilateral trading system.

The 10-day fair, which concluded this week, attracted nearly 26,000 exhibitors from home and abroad.

They uploaded their product pitches to the online fair using graphics, videos and 3D images, attracting global buyers to purchase online, according to the organizing committee.

The Canton Fair attracted foreign purchasing agents from 217 countries and regions. The greater variety of places where the buyers came from was unprecedented, maintaining diversification and globalization of the fair and continuing to optimize the international market, the committee said.

Also, to help enterprises shift from exports to internal sales, the Canton Fair increased invitations to domestic buyers. As a result, there was a surge of registered domestic purchasers.

The fair featured the latest technology trends, such as virtual reality and livestreaming promotions.

Based on the distribution of target markets across the globe, some exhibitors launched livestreamed promotions in four time zones, covering the Americas, Europe, Asia-Pacific and the Middle East. This helped them seamlessly connect with buyers from across the world.

Ying Er, chairman of Zhejiang Apollo Motorcycle ManufacturingCo, a large company specializing in the production of off-road motorcycles, electric bicycles, e-scooters and other recreational vehicles, said his firm displayed five types of vehicles during the Canton Fair, including two winners of the Automotive Brand Contest in Germany. It secured orders worth a total of $500,000 during the fair.

In addition to regular clients, there were many potential buyers who left messages, and further contact is expected, Ying said, adding that the company's shipments have been scheduled for as far out as November.

In addition to making innovation breakthroughs in products' functions and durability and manufacturing efficiency, the company has been deploying more resources into brand building, seeking new clients in countries and regions related to the Belt and Road Initiative.

To help enterprises explore markets linked to the BRI, the Canton Fair emphasized purchases from such markets.

The organizing committee said it invited the former purchasers that participated over the past five years, and half of them came from economies along the Belt and Road. It said it will continue to increase the ratio of invited buyers from BRI-related markets.

Even though overseas buyers could not attend the fair in person because of COVID-19, holding the event online has certainly created new business opportunities for people in China and around the world, said Rodrigo Quilodran, a buyer from Chile.

Through the event, he said he found the products he wanted simply by visiting webpages, adding that the expo injected new impetus to global trade.

"In the future, the Canton Fair will continue to embrace digital trends and promote deep online and offline integration, to open up broader development space for domestic and foreign enterprises and create more business opportunities," Xu said.