BUSINESS Visitors to HK plunge 99.7% in September, slammed by pandemic

Visitors to HK plunge 99.7% in September, slammed by pandemic 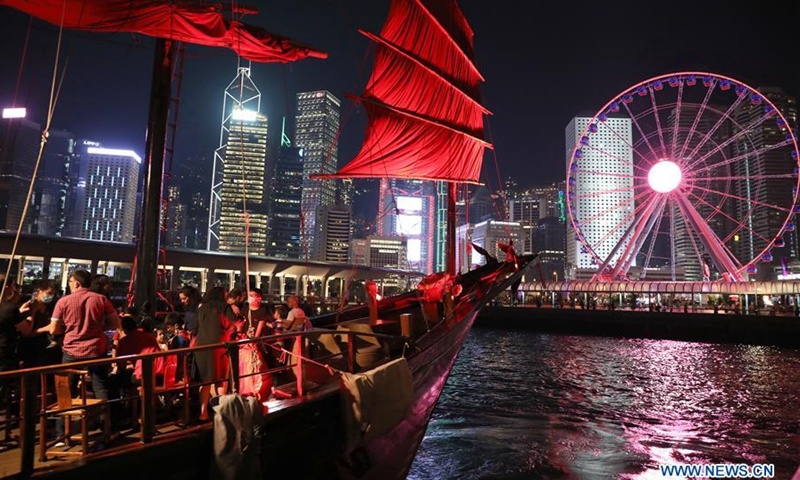 The woes of Hong Kong's tourism industry continued in September with a mere 9,132 visitor arrivals, a plunge of 99.7 percent year-on-year, data from the Hong Kong Tourism Board (HKTB) showed on Monday.

The number was higher than in August, when fewer than 4,500 people visited Hong Kong, while down from 20,600 in July, the tourism body said, but it still cast a shadow on the city's tourism sector, a pillar of its economy.

For the first eight months of 2020, retail sales in Hong Kong fell 30.2 percent by value and 31.6 percent by volume from the same period a year earlier, showing the severe impact of the pandemic.

The HKTB said that it will launch a new promotion "360 Hong Kong Moments" around the world using virtual reality to maintain the city's profile. However, industry players said the key to the recovery of Hong Kong's tourism is the return of Chinese mainland tourists, and that largely depends on the pandemic situation in the Special Administrative Region.

Mainland tourists remain cautious about visiting Hong Kong. In the first five days of the recent National Day holiday, only 801 mainland tourists visited Hong Kong, a dip of 99 percent from a year earlier.

Its neighbor Macao had a small tourism peak due to better control over the virus. The total number of tourists visiting Macao from October 1-8 exceeded 156,000, with mainland tourists accounting for 93.1 percent.

An industry player told the Global Times on Tuesday that Macao got a lot of the mainland tourists who would otherwise have gone to Hong Kong or overseas destinations during the eight-day National Day holiday.

"The strict quarantine measures in Hong Kong have also prevented many mainland tourists from going to Hong Kong. When it lifts the measures, a recovery may be expected," said the insider.

Mainland residents going to Hong Kong still have to go through the required 14-day quarantine, until December 31.