BUSINESS Volkswagen and Ford expand alliance to include electric vehicles

Volkswagen and Ford expand alliance to include electric vehicles 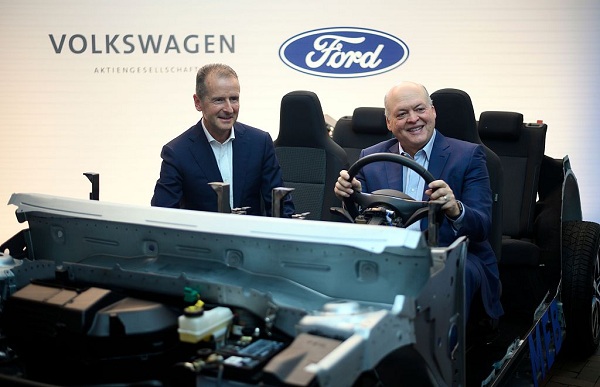 According to Volkswagen's statement, the company will join Ford in investing in Argo AI, the U.S.-based autonomous vehicle startup, in a deal that values the operation at more than 7 billion U.S. dollars.

Meanwhile, Ford will use Volkswagen's electric vehicle architecture and Modular Electric Toolkit (MEB) to design and build at least one high-volume fully electric vehicle model in Europe for European customers from 2023.

The two companies are also developing commercial vans and medium-sized pickups for each brand to be sold in select global markets starting in 2022 by sharing development costs to generate significant synergies.

Through strengthening their partnership, Volkswagen and Ford can significantly increase the number of electric cars they produce, set standards for the auto industry and put their competitors under pressure, said the German daily newspaper Handelsblatt.