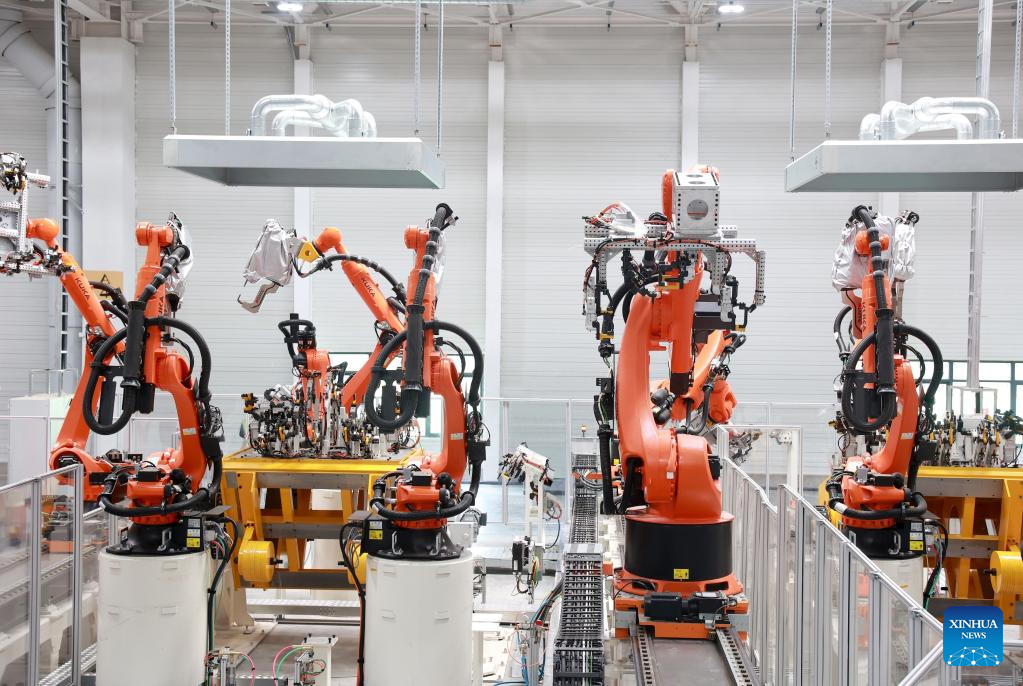 HEFEI -- The first pre-series new energy vehicle (NEV) of Volkswagen Anhui rolled off the production line on Wednesday in Hefei, the capital of East China's Anhui province, said the company.

The mass production of its first new energy model is scheduled for 2023, said Erwin Gabardi, CEO of Volkswagen Anhui.

Based in Hefei, Volkswagen Anhui is Volkswagen Group's first joint venture in China that focuses on the research and development (R&D) and manufacturing of NEVs, one of the leading industries in the capital.

The total investment of the company's NEV project will likely reach 23.1 billion yuan ($3.3 billion), said Gabardi, adding that the company unwaveringly strives to implement its "In China, for China" development strategy.

Among Volkswagen Anhui's 260 production suppliers already on board, 37 suppliers have moved to Hefei for investment for the first time. By the end of this year, the company will create 2,300 jobs in Hefei, and its employee numbers are expected to surpass 3,500, of which 1,300 will be R&D engineers.