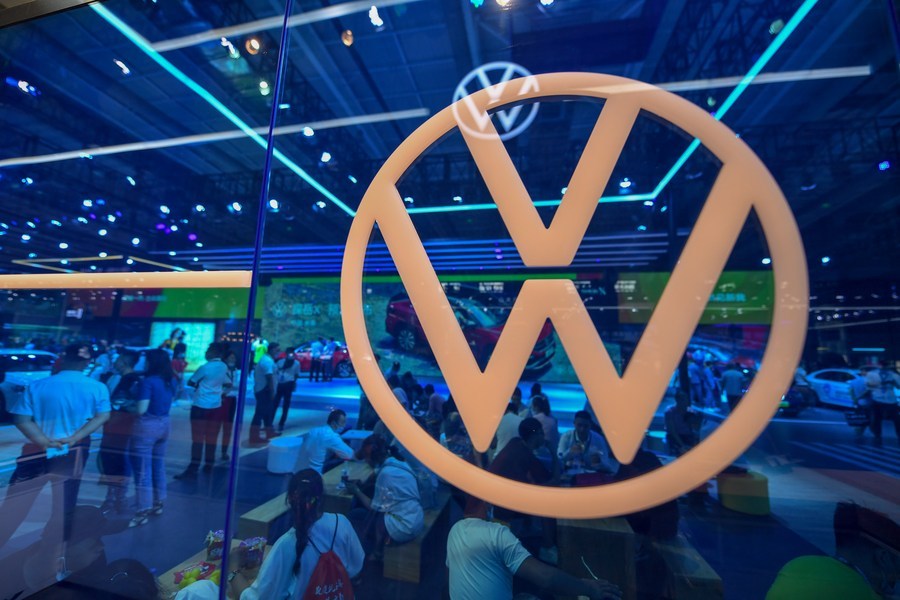 Volkswagen began series production of the brand's first all-electric SUV, the ID.4, in the plant in the eastern German city of Zwickau, the carmaker announced on Thursday.

"Following the ID.3, this is already the second model based on the modular electric drive matrix," said Ralf Brandstaetter, chief executive officer of the Volkswagen brand. MEB is a modular car platform designed purely for electric vehicles from Volkswagen.

The plant in Zwickau will play a "key role in the system changeover to e-mobility" and Volkswagen will convert the plant to electro-mobility with investments of around 1.2 billion euros ($1.4 billion).

Conversions in the Zwickau plant are scheduled to be completed this year, according to Volkswagen.

In 2021, the "first full production year as an EV factory," around 300,000 electric vehicles will be produced based on MEB.

The ID.4 will be "built and sold "in Europe, in China and later in the United States, Brandstaetter said. The world premiere of the ID.4 is scheduled at the end of September.

Preparations to roll out the electric SUV at international level are also in full swing.

Pre-production of the ID.4 has already started at the Anting plant in Shanghai in East China, while the Chattanooga site in the United States is scheduled to start production in 2022.