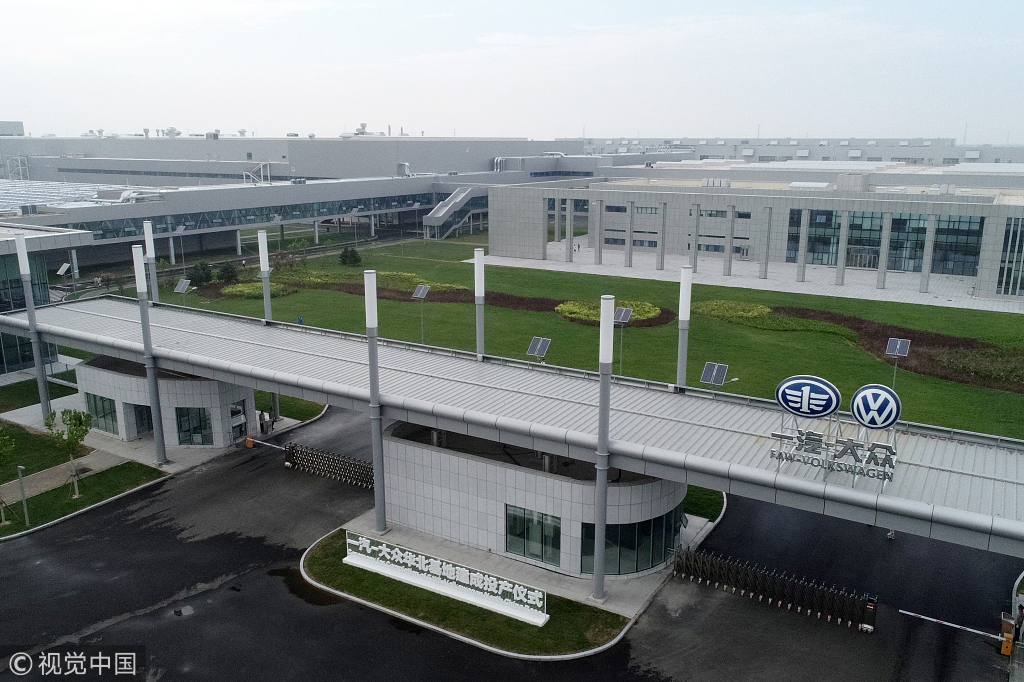 The plant, built by FAW Volkswagen, has an annual production capacity of 300,000 automobiles. It also set aside space for future production of hybrid and electric vehicles.

As FAW Volkswagen's production base in north China region, the plant has workshops covering 1 million square meters. By 2020, the investment for the plant construction will reach 13 billion yuan ($1.9 billion).

The plant boasts a 79-percent automation rate with 985 robots deployed in the workshops. The production will help the off-stream auto part industry increase its output value, estimated between 30 billion yuan to 40 billion yuan.

Volkswagen, the largest automotive manufacturing company in Europe, has two joint ventures in China -- SAIC Volkswagen and FAW Volkswagen. In 2017, Volkswagen delivered 4.18 million vehicles to the Chinese market including Hong Kong, up 5.1 percent year on year.