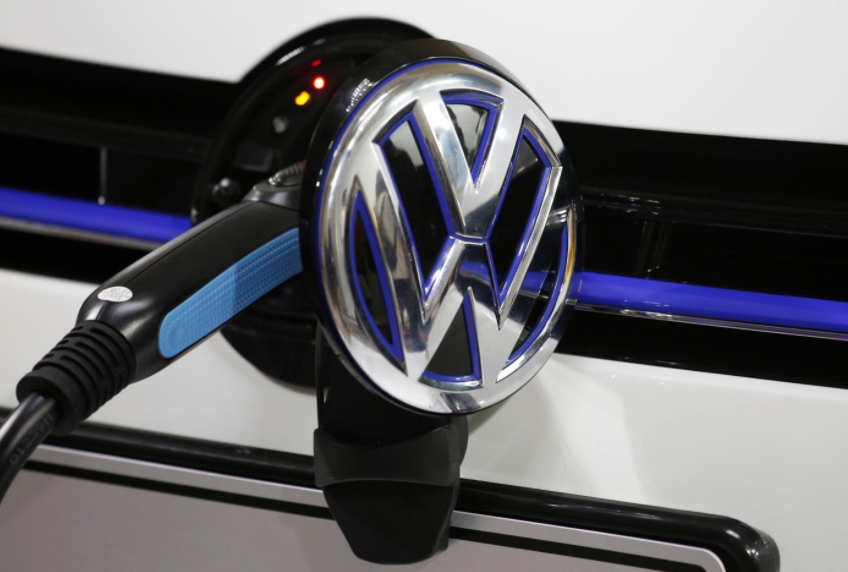 A Volkswagen Golf GTE is being charged during a workshop prior to Auto Guangzhou in Guangzhou, China November 16, 2017. REUTERS/Bobby Yip

Volkswagen’s leaders on Friday approved a five-year spending plan that aims to further the German automaker’s goal of transforming itself into a leading force in electric cars.

urope’s largest carmaker by unit sales will spend more than 34 billion euros ($40 billion) on electric cars, autonomous driving and new mobility services by the end of 2022, it said on Friday following a supervisory board meeting.

“With the planning round now approved, we are laying the foundation for making Volkswagen the world’s number one player in electric mobility by 2025,” Chief Executive Matthias Mueller said in a statement.

Until it admitted two years ago to cheating on U.S. diesel emissions tests, Volkswagen had been slow to embrace electric cars and self-driving technology.

But the emissions fraud plus new Chinese quotas for electric cars have prompted a strategic shift to zero-emission and self-driving technology with VW now pledging to offer an electric version of each of its 300 group models by 2030.