Volume soars on China-Europe freight trains from Yiwu to Madrid

A total of 300 cargo trains had traveled this year on the Yixinou, also known as the Yiwu-Madrid freight route, by July 3, according to the Shanghai branch of the China State Railway Group. 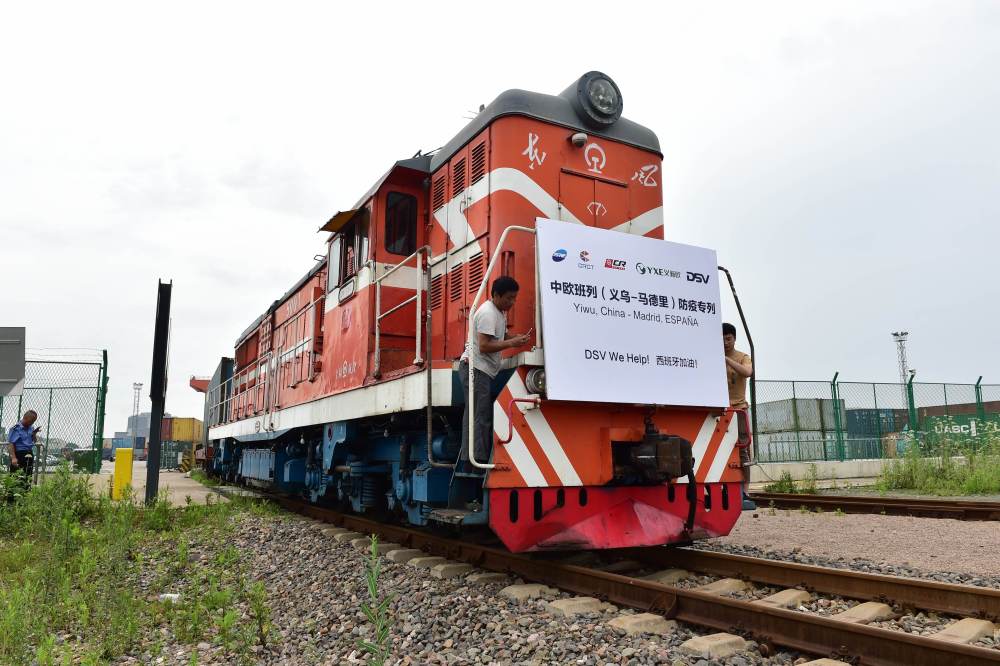 In the first half of the year, nearly 25,000 twenty-foot equivalent units (TEUs) of cargo were transported by the trains, up more than 150 percent from a year earlier.

At 2 pm on July 3, the train X8020, carrying 100 TEUs, set off from Yiwu in East China's Zhejiang Province for Madrid, the capital of Spain, marking the 300th China-Europe freight train that departed from Yiwu this year.

More than 20 cargo trains have regularly traveled on the Yixinou per week since May 5, hitting a historical high, according to an official from the Shanghai branch.