BUSINESS VW storing around 300,000 diesels at 37 facilities around U.S. 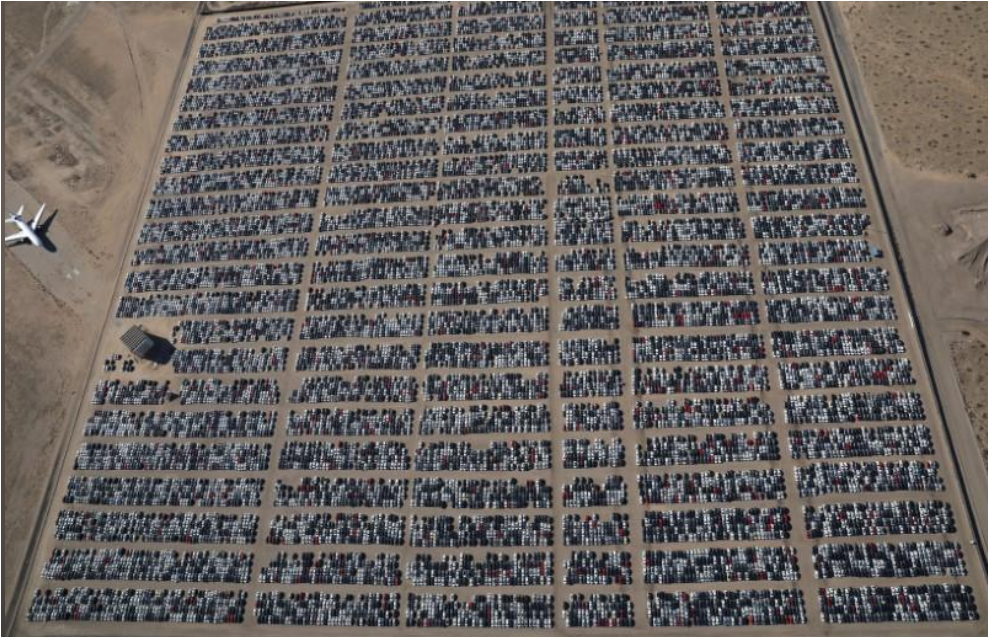 Volkswagen has taken parking lots to a whole new level in the United States and will not be emptying them soon.

Volkswagen AG  has paid more than $7.4 billion to buy back about 350,000 U.S. diesel vehicles through mid-February, a recent court filing shows. The German automaker has been storing hundreds of thousands of vehicles around the United States for months.

Volkswagen has 37 secure storage facilities around the United States housing nearly 300,000 vehicles, the filing from the program’s independent administrator said. The lots include a shuttered suburban Detroit football stadium, a former Minnesota paper mill and a sun-bleached desert graveyard near Victorville, California.

VW spokeswoman Jeannine Ginivan said in a statement on Wednesday that the storage facility in Victorville, California, is one of many “to ensure the responsible storage of vehicles that are bought back under the terms of the Volkswagen” diesel settlements.

“These vehicles are being stored on an interim basis and routinely maintained in a manner to ensure their long-term operability and quality, so that they may be returned to commerce or exported once U.S. regulators approve appropriate emissions modifications,” she said.

In total, VW has agreed to spend more than $25 billion in the United States for claims from owners, environmental regulators, states and dealers and offered to buy back about 500,000 polluting U.S. vehicles. The buy backs will continue through the end of 2019.

VW must buy back or fix 85 percent of the vehicles involved by June 2019 or face higher payments for emissions.

The company said in February it has repaired or fixed nearly 83 percent of covered vehicles and expects to soon hit the requirement.

Through mid-February VW has issued 437,273 letters offering nearly $8 billion in compensation and buybacks.

In April 2017 Volkswagen was sentenced to three years probation after pleading guilty to three felony counts and paid $4.3 billion in federal penalties. The automaker in September 2015 admitted to circumventing the emissions control system in U.S. diesel vehicles for vehicles sold since 2009, prompting the resignation of the company’s chief executive.