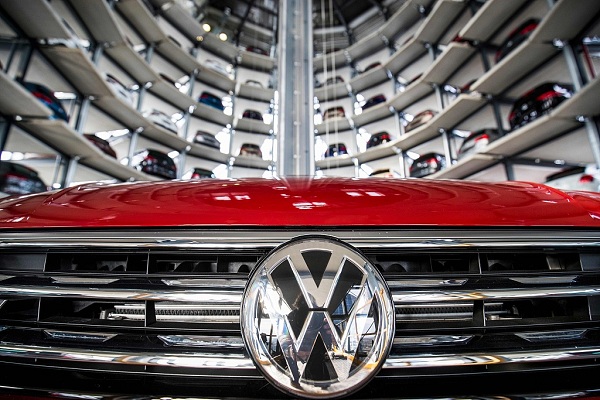 With an increase of 14.2 percent, deliveries of new vehicles developed particularly strong in Volkswagen's largest single market China. China accounted for nearly half of the 542,300 VW cars sold in June.

For the entire first half of 2019, vehicle deliveries of Volkswagen's VW brand have been experiencing a slight setback, declining by 3.6 percent.

It would "remain to be seen whether there will be a sustained recovery in demand", stressed Juergen Stackmann, member of the management board and responsible for sales and marketing at Volkswagen.

While Volkswagen recorded an increase in car deliveries of 1.0 percent in its domestic market Germany in June, car sales in the overall market of Europe shrunk by 10.0 percent to 168,600 cars.

Prior to the introduction of the new WLTP testing procedure for fuel consumption and exhaust emissions in Europe in September, Volkswagen had sold about 5.5 million cars in the first half of 2018 with all of its brands, the highest number of cars the company had sold in its history.

Following the "record values as a result of WLTP", the decrease in June would have been "expected", Volkswagen stated.

Additionally, sales in Europe would have been affected by "special effects in individual markets" as well as "restricted delivery capabilities" of certain engine types and gearboxes, according to Volkswagen.

"In Europe, we expect a strong second half of the year in view of well-filled order books," commented Stackmann.